Europe on alert from extreme temperatures/ Over 1 thousand dead from the heat! 10 thousand residents are evacuated 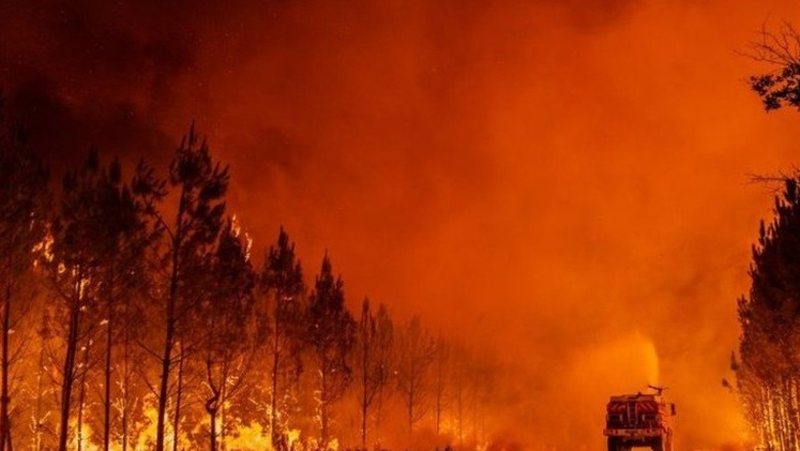 Europe is under the power of fire. France, Spain, Italy, Greece, Portugal are the countries that are facing large fires. The BBC reports that there are more than 1,000 firefighters fighting the fire, while 7,000 hectares of forest have burned so far. the Bordeaux area, in the Gironde region.

The fire has been burning for two days near the commune of Landiras, about 30 km (19 miles) southeast of Bordeaux. Over 10,000 residents of the area have been forced to leave their homes. More than 1,000 deaths have been attributed to the heat in Portugal and Spain. In Greece, firefighters are battling a fire on Mount Penteli, north-east of the capital Athens.

Spain has also been battling multiple fires. A fire in the Gredos mountain range is also spreading east towards the Madrid region, the BBC reports. Large fires have also engulfed Italy in recent days, prompting the country to be put on its highest heat wave alert for Thursday.

Italian infrastructure has also been badly affected, with the temporary closure of a major rail route between Rome and Florence, Italian media reported. Even Germany, Sweden and Belgium, which have not had problems with fires in the past, have been alerted by high temperatures.