Scary / Rocket attack in Ukraine, images of horror are published, here is the moment when people run to save their heads (Video) 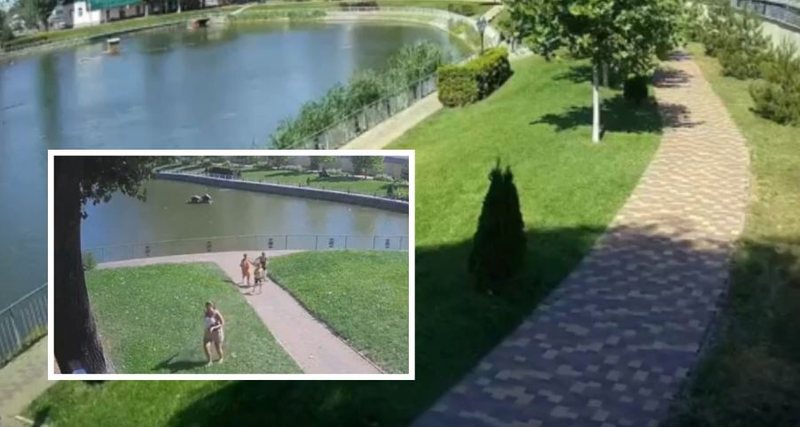 Russia has also begun bombing the Ukrainian capital, where Interior Minister Denys Monastyrsky has said there are no survivors under the rubble of a shopping center in Kremenchuk, which was hit by a Russian missile on June 27.

Foreign media have published the video from the moment of the deadly attack.

The video was recorded by security cameras in a public park not far from the Kremenchuk shopping center.

Cameras have filmed the park from different angles.

A couple is running after hearing the sound of the rocket.

The explosion then pushes the man to jump into the water to seek refuge from the rocket, while the woman runs without knowing where to hide.

After the explosion the cloud of smoke advances menacingly over the pond. A father catches his several-year-old son and hides him behind a tree. Mothers and grandmothers run away with their children.

Russia on June 27 launched a missile attack on Kremenchuk, with a missile hitting a shopping mall.

Video of the Russian Kh-22 missile strike on the shopping mall in Kremenchuk yesterday from a nearby park. https://t.co/jYOp0IduRM pic.twitter.com/XaCJO3G2Nw

The West is in tension/ NATO raises the alarm, the Russian submarine disappears under the Arctic, what is expected to happen