"Bags must be moved" / The incredible treasure with millions of euros and silver coins is found inside the walls of the house, how everything was discovered by the four-legged agent (VIDEO) 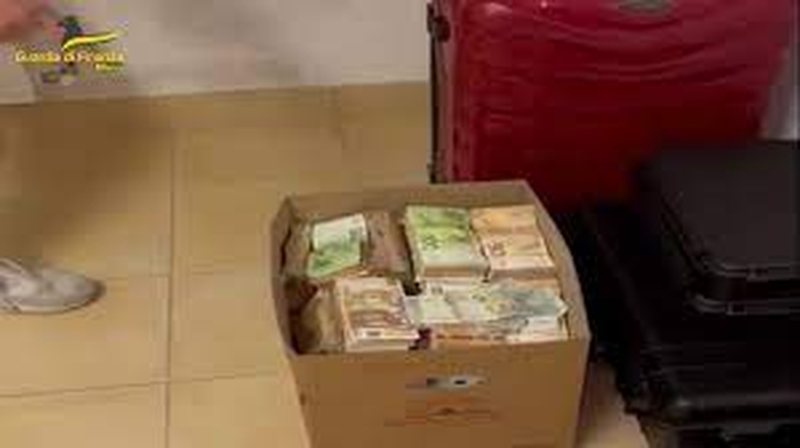 A complete treasure, with cash, silver coins and luxury watches has been found in Martinengo, Bergamo. Operation Guardia di Financa with a Labrador dog "cash-dog" was conducted after a wiretap that said "bags should be moved". The four-legged "financier" who smelled the banknotes discovered "Ali Baba's little cave" two weeks ago in the province of Bergamo.

A total of 5 million euros were found in the armored safe that was discovered by the Milan Public Prosecutor's Office and that had a secret access code.

She was found concreted inside the wall of a couple's apartment in Bergamo province, while entrepreneur Roberto Polese and his wife Lara Seghezzi are under investigation for issuing invoices for non-existent transactions.

For months, the prosecutor Roberto Fontana with the Economic and Financial Police Unit of the Milan Police had tried to intervene in advance, even through the control in the revenue agencies, for the "fake" businesses, but found only the burnt ruins of tax debts and avoided contributions. .

And in one of these investigations, in the logistics of a cafe, one day the eavesdropping catches the conversation about "bags that had to be moved".

Since they had no data to think they were dealing with drugs, investigators realized they were involved in money laundering and ordered a search of the house in Martinengo of both spouses.

From the search carried out and remade by investigators, however, it was not found much beyond the 64 thousand euros kept at home.

Until the "cash-dog" came into play, the quadruped coming from GDF units to "rip" human colleagues: that is, one of those dogs, mostly Labradors, trained with the smell of banknotes gradually withdrawn from the Bank of Italy .

The four-legged inquisitor starts wagging his tail around the house, and then suddenly moves near a wooden wall, where the armored safe on the wall was also discovered.

Four black bags with 2 million 585 thousand euros in cash, another 740 thousand euros of silver coins, another 813,000 euros with the value of the aseptic list of 40 luxury watches, were discovered inside it.

But the couple also possessed four microphones for environmental eavesdropping, a GPS tracking system and a system for detecting and neutralizing eavesdropping performed by Trojans, namely by computer detectors inoculated as viruses on computers or cell phones.