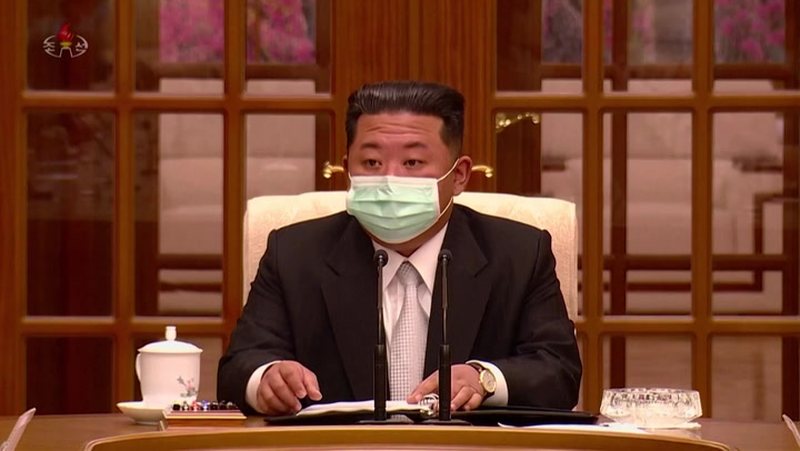 He had denied the existence of Covid until April, but now there are about 5 million infected people in North Korea.

For President Kim Jong-un, the balloons, which he says come from Seoul, are to blame. This is the theory supported by the government agency KCNA, according to which the virus arrived in the country due to anti-propaganda leaflets carried by balloons released by South Korean activists.

The agency cites an investigation launched after the infection of an 18-year-old soldier and a 5-year-old boy, who would be the "first cases of fever" due to contact with "alien objects", i.e. balloons and leaflets.

The area of ??the "first malignant epidemic" is that of Iphori, in the province of Gangëon. According to the government, the virus arrived in Pyongyang in mid-April through people from that area.

The results of the investigation, released yesterday by the State Center for Epidemic and Emergency Prevention, had already been submitted and approved by the Party's Central Committee, with the approval of leader Kim Jong-un.

"The committee also ordered the issuance of emergency instructions" for the surveillance of "foreign objects carried by wind or other climatic phenomena and by balloons in areas along the border," KCNA reported.

The leaflets have been a source of tension between the two Koreas, with the communist state calling on the government in Seoul to take tougher measures to stop the "smear campaign", threatening a military response.

Meanwhile, official Seoul has rejected the claims from the North, noting that there is no way that the outbreak of the coronavirus is linked "to these materials from the South".