Boris Johnson's surprise happens as he speaks at the conference, people are alarmed about his health (Video circulating rapidly) 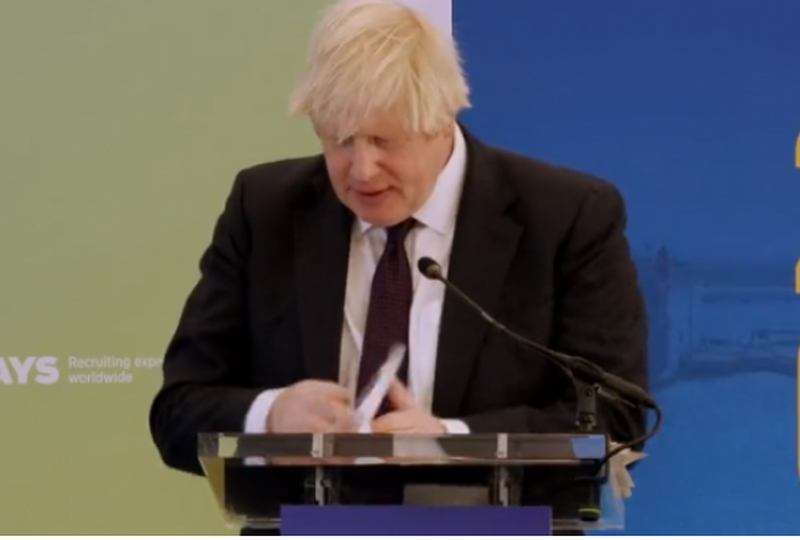 The Prime Minister of the United Kingdom, Boris Johnson, has stalled for more than 20 seconds in his speech while delivering a speech in front of several business leaders. Following suspicions about his health, the British government came out with a backlash.

The government said Johsnon is physically well and has full tenure of duty. The government's reaction came after a troubled speech by the prime minister on Monday, in which he interrupted the speech and did not continue for about 20 seconds.

A British government spokesman said those who listened to the prime minister's speech before the Confederation of British Industry were fascinated by him, adding that cabinet ministers could speak freely if they had any concerns.

However, Johnson is seen feeling embarrassed as he interrupts and says "forgive me" three times and flips through the letters he had on the podium, writes The Guardian.

Prime Minister Boris Johnson grinds to a halt during a speech to the CBI, then goes completely off-piste with an anecdote about Peppa Pig.