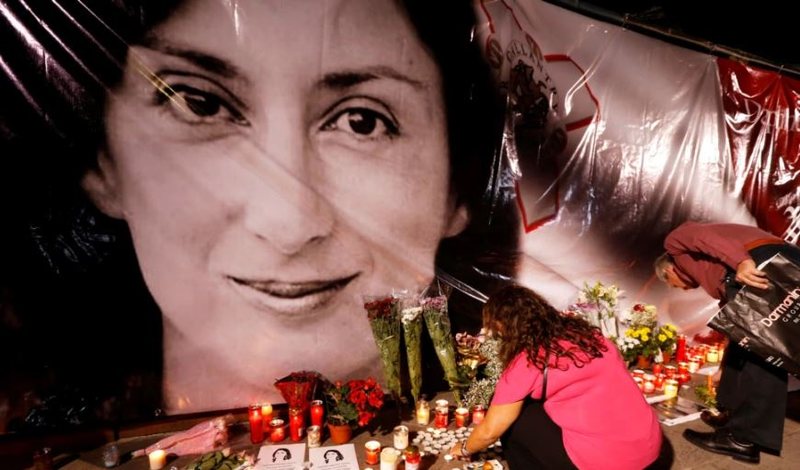 Malta businessman Yorgen Fenech has been formally accused of being behind the murder of journalist Daphne Caruana Galizia. The Attorney General of Malta has requested a life sentence in this case.

The journalist, Caruana Galizia, was killed four years ago by a car bomb while leaving her apartment on October 16, 2017.

The assassination had shocked Europe and immediately began to raise questions about the rule of law in the smallest member state of the European Union.

Before she was killed, she was investigating possible corruption of a government contract for the construction of a power plant which had been given to businessman Fenech.

Businessman Fenech was arrested in November 2019 on charges of involvement in the murder. Three men accused of preparing the murder and planting the bomb were arrested in December 2017.

One of them was sentenced to 15 years in prison after pleading guilty as part of a plea agreement. The other two are awaiting trial.

According to the indictment, Fenech is accused of asking one of his accomplices, Melvin Theuma, to hire three attackers who would be paid 150,000 euros to kill journalist Caruana Galizia. Melvin Theuma, was offered an apology after testifying about the case.

Within days of Fenech's arrest in 2019, then-Malta Prime Minister Joseph Muscat resigned after reports of close ties between the businessman and senior government officials were reported.

An independent investigation into the murder of journalist Galizia said the state should be held accountable for the murder after creating a "climate of impunity".

There have been a number of attacks on investigative journalists in European Union (EU) countries in recent years.

In April Greece was rocked by the deadly shooting of investigative journalist Giorgos Karaivaz. He was shot by attackers on a motorcycle outside his home in Athens.

In 2018, Slovak investigative journalist Jan Kuciak and his fiancée were shot at their home near Bratislava. The Supreme Court of Slovakia ordered a new trial in this case against a high-profile businessman and another defendant./REL

Video/ Panic at the airport, the young man raises a false alarm about flight delays

Crisis/ Scholz gives the alarm: Energy will increase, there is no way to...

'Do you want him alive or only his organs'/ Tried to sell her 7-year-old son, the mother suffers

Horror/ Mother shares the scary photo, a ghost appears behind them

The good news comes/ Oil prices fall by $5, reaching the lowest levels since the beginning of the war

Strict restrictions, this is how the situation of women appears one year after the rule of the Taliban

Knife attack in the center of London, there are victims, it is suspected that...

Tragic/ The father accidentally kills the 1-year-old girl, runs her over with a car