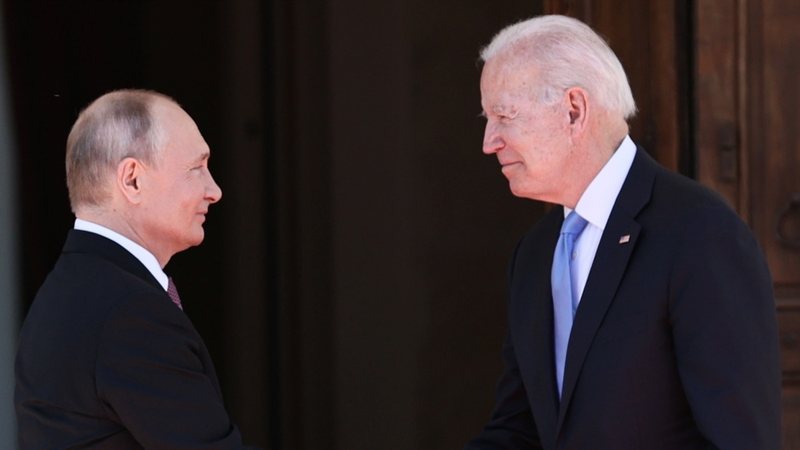 The planned video link between Russian President Vladimir Putin and US President Joe Biden is expected to be "detailed and lengthy," a Kremlin spokesman said Monday.

Dimtry Peskov said Ukraine and the NATO presence near Russia's borders are expected to dominate the conversation scheduled for Tuesday.

The talks will take place as tensions rise between the United States and Russia over the growing Russian military presence along the Ukrainian border, which is seen as a sign of a possible invasion.

Mr Peskov reiterated that Russian President Putin would seek assurances that NATO would not expand to Ukraine.

Russia-US relations have been volatile since President Biden took office.

His administration imposed sanctions on Russian targets and publicly denounced Mr Putin for Kremlin interference in US elections, cyber-activity against US companies and the treatment of opposition leader Alexei Navalny, who was poisoned last year and later jailed.

During the Putin-Biden meeting in Geneva in June, the US president warned that if Russia crossed the red line, including attacks on key US infrastructure, his administration would respond and "the consequences would be devastating." VOA