NASA Astronaut Reveals Scary Reasons Aliens Haven't Visited Yet: "They're Out There, But..." 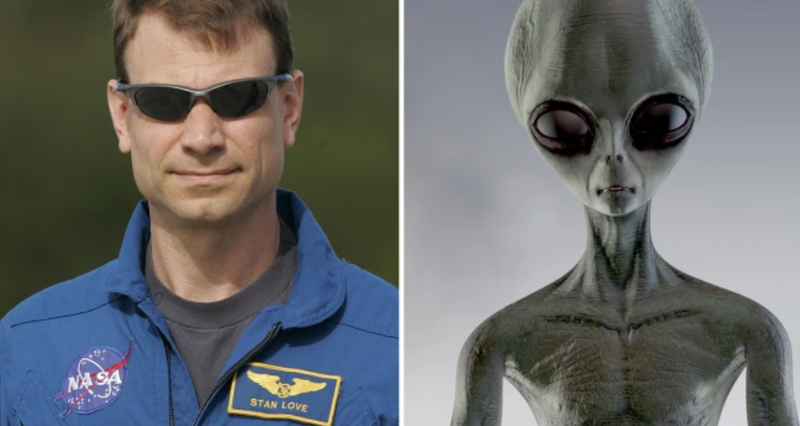 NASA astronaut Stan Love discussed aliens with The US Sun and explained why he thinks they haven't visited us yet.

Love is a 57-year-old American scientist and astronaut who joined NASA in 1998 and made his first space flight on Space Shuttle Atlantis in 2008.

He has spent over 300 hours in space, but has yet to see any signs of life around Earth.

His first theory is that there might be intelligent aliens in space who just don't want to visit us.

He told The US Sun: You can imagine intelligent life that just doesn't care about technology and is perfectly happy staying at home and doesn't feel like it needs to build starships.

"Dolphins on Earth are quite smart, but we can't communicate with them, we can't connect."

"So alien intelligences may be a lot more common than we think, but we just don't recognize them because they're aliens, they're very different from us."

The space expert also theorized that intelligent alien life elsewhere in the universe may have disappeared before it could find us.

Love told The US Sun: I see in reputable sources, they talk about a great filter, something that stops technical civilizations from developing to the point where they can master interstellar travel.

His third theory is that there are aliens far more intelligent than us and that they don't want to waste their time visiting.

Love said: A civilization that could possess that kind of energy probably has nothing to do with us. I think we would be scientifically interesting. It's a topic that stirs up a lot of debate.

NASA and space agencies around the world continue to search for signs of alien life.