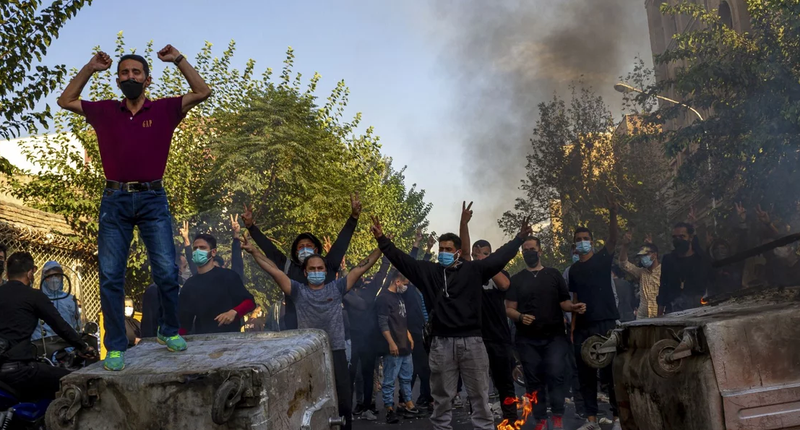 More than 14,000 citizens in Iran have been arrested against protests against the regime. The UN has warned that the use of violence against users must be stopped. Meanwhile, these are the largest demonstrations held in the country's history. The citizens' revolt came after the death of 22-year-old Kurdish Mahsa Amini who died on September 16 in custody in Tehran after being arrested by the police. During two months of protests in Iran, 416 people have lost their lives, including 51 children, according to the Norway-based non-governmental organization Iran Human Rights (IHR). This wave of protests is unprecedented in its scope and nature since the Islamic Revolution of 1979. Iran's Behavioral Surveillance Police arrested 22-year-old Amini on September 13 in Tehran, where she had traveled with her brother from the small town of Saqez, in the Kurdish region. She passed out in a police precinct and died three days later. The police stopped her for improperly wearing the hijab. Iran requires women to wear the headscarf in a way that completely covers their hair when in public. Only Taliban-ruled Afghanistan now actively enforces a similar law, and even an ultra-conservative country like Saudi Arabia has overturned its implementation in recent years. Police denied abusing Amin and said she died of a heart attack. President Ebrahaim Raisi, who will address the UN General Assembly on Wednesday, promised that this event will be investigated.