The name of the young man who was executed last night in Italy is revealed, who is the 32-year-old man from Thumana who injured his neighbor inside the police station in 2014. Neighboring media reveal the serious details 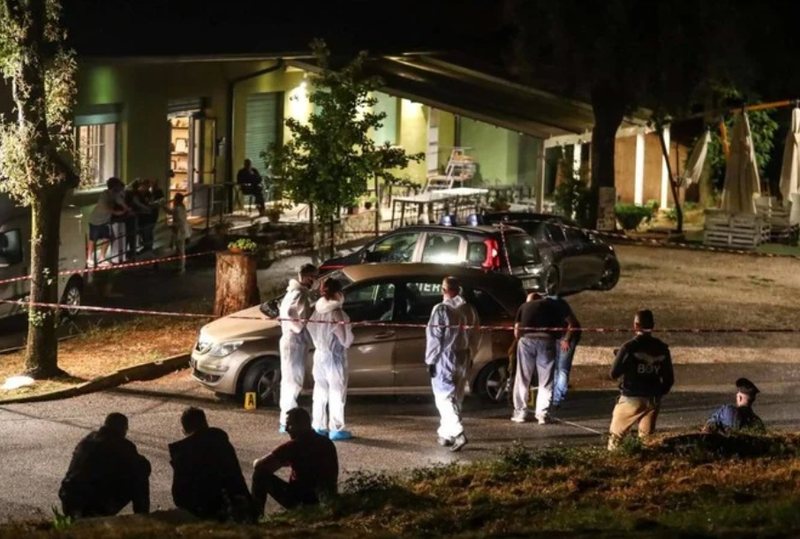 Elson Kalaveri, a 32-year-old man from Thumana, was executed by firing squad in Italy. The media in the neighboring country have also published images of the car where Kalaveri was found murdered, a name known to the Albanian Police.

He was found dead in Sasso Pisano on Thursday evening, a village in the municipality of Castelnuovo Vai di Cecina, in the province of Pisa. Elson Kalaveri was in a car driven by another person, who after the shooting traveled a few hundred meters to seek help. Bystanders tried to revive him but he died.

The shooting happened before dinner, around 19:30 along a road outside the city and it is not yet clear if there were other witnesses. But there were at least two people, according to the first investigations at the scene, who opened fire.

The search for the perpetrators is taking place throughout the Alta Val di Cecina, an entirely rural area, with isolated farmhouses, many forests and a maze of secondary roads from which it is possible to leave in all directions.

Around 00:45, Elson Kalaveri entered the Mamurras police station armed. It is known that the 27-year-old stopped his step to the blues to denounce his neighbor, Gent Keçi. At this moment, 36-year-old Keçi also entered the police station. The two persons in question argued fiercely in the presence of police officers.

Kalaveri, thinking that his neighbor was armed, took out the pistol he was carrying and pointed it at him. He immediately shot him in the head, seriously injuring him. Everything happened very quickly. The police handcuffed the perpetrator, while the injured was urgently sent to the Military Hospital of Tirana, where he is in critical condition.

In the official announcement, Kurbini police stated that the incident took place in the city of Mamurras and not within the police station of this city. Gent Keçi, neighbor of Elson Kalaver, managed to escape.