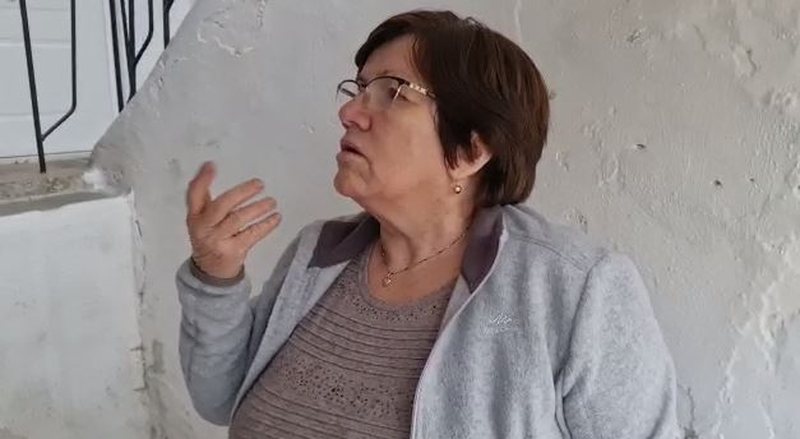 Pamela Mërtiri, 34, who was thrown from the palace together with her 1-year-old child today in Vlora, was going through difficult moments after her divorce from her husband.

Neighbors said that Pamela had been living in Tirana for almost 7 months with her mother, who was also divorced years ago from her husband, Viron Mërtiri, a well-known doctor in the coastal city, now retired.

A resident in the neighborhood "Independence" said that Pamela had asked her mother to go to Vlora. But today at noon he had left the apartment. The mother had come out to look for her, worried, as the girl had been showing signs of depression for several weeks.

"She was a very good girl. They lived in Tirana. Dr. Vironi retired and all fled to Tirana. They had been separated for 7-8 months. He had told his mother, I want to be in Vlora. They came here, I also met my mother and she told me I have Pamela sick, she has a nervous breakdown.

I told her to take medicine for the maid and not to leave her alone. Today he came and knocked on my door, told me that you saw something Pamela and the boy, no I told him and I ran to the entrance from the balcony, it was not thrown because I guessed what he would do. It had been a month since he had shown problems. Yesterday they came to Vlora. "Doctor Vironi was looking for him together with his wife, " says the resident.

Another resident recounted the moment he found her without signs of life after being thrown from the palace with the child. " I measured his pulse, he could not be heard, he did not give me signs, I threw blankets at him, I threw water at him.

I did not know her, I did not know that she was the doctor's daughter. I did not see him when he went up to the palace, I only heard the noise. I did not see the child either, I only saw the athlete. I thought he was not following anyone and that he was thrown fast. "We are very shocked ."

" Pamela was a pharmacist in Tirana. It has shocked us so much, I can barely speak. The father is a retired doctor. We do not know what he had, "said another resident.