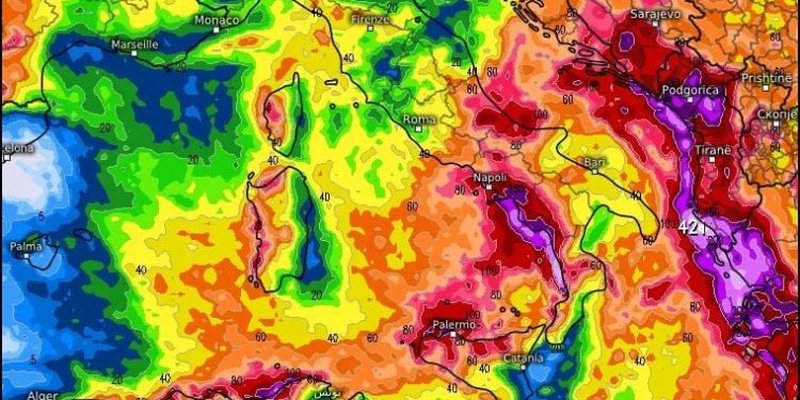 Bad weather has covered the whole country with heavy rains that also caused floods in some areas. Meanwhile, in addition to the rain, the early hours of today are characterized by a large number of electrical discharges in the central area.

In addition to rain, numerous areas of the country are expected to be invaded by snowfall. It is learned that there will be snowfall throughout the northern part; northeastern as well as partly in the south-eastern area of ??the country.

Rainfall is expected to fall with varying intensity over the next week, while the area where there will be more rainfall is the northern end of the place where the thickness is projected to go up to 1 meter.

Meanwhile, the area of ??Dibra, Bulqiza and the mountainous part of Librazhd are expected to face snowfall up to 50 cm thick. The situation is the same in Korça, while in areas such as Pogradec or Përmeti, snowfall will be lower.