VIDEO not to be missed / Sali Berisha tries to raise the candle on the steps of the prime minister, but fails. Flamur Noka comes to his aid, but he faints completely 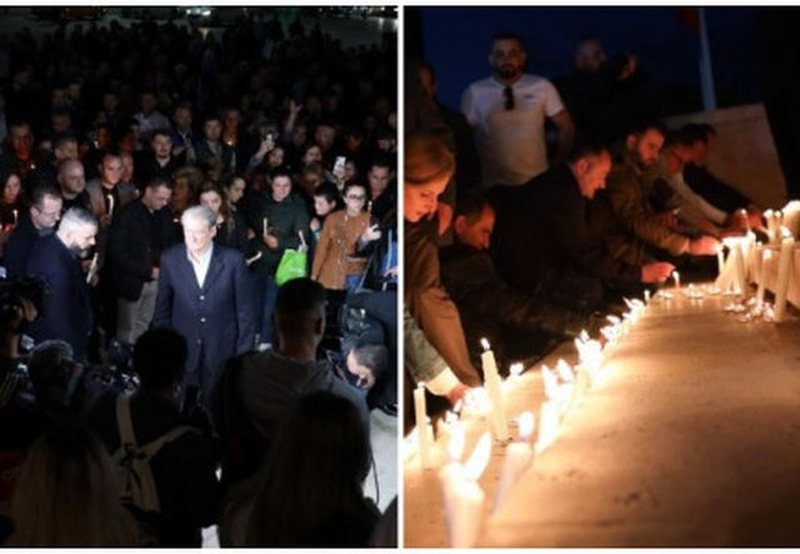 A silent protest has taken place today in several cities of the country, including Tirana.

We would like to inform you that the protest called by the Re-Establishment Group of the Democratic Party was related to the serious event that took place a few days ago in Kavaja, where the young Ilvi Meta died inside the Kavaja police station.

Former Prime Minister Sali Berisha joined the silent protest in Tirana, where he tried to light a candle on the steps of the prime minister. But despite the fact that Berisha tried for a long time to climb the candle on the stairs, he did not succeed. In the end, Berisha surrendered and the candle fell to the ground. At this moment it was Flamur Noka who took this candle to climb the stairs. But as for the irony of fate the candle went out. After several attempts, Flamur Noka managed to place Berisha's candle on his feet.