The tragic death of the 7-year-old girl in Himarë, Mirela Kumbaro reacts and shows what they are preparing: An irresponsible... 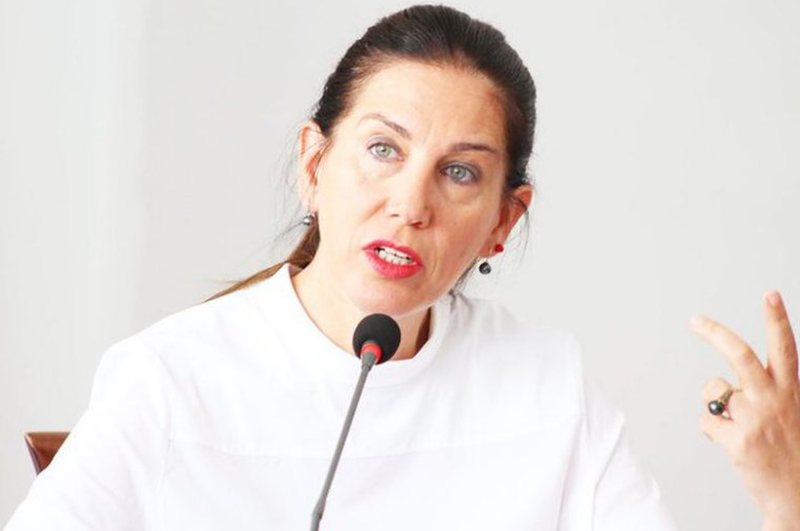 The Minister of Tourism and Environment, Mirela Kumbaro, has reacted to the tragic death of 7-year-old Jonada Avdia in Himare.

She lived in England with her Albanian family, but was hit to death by the propeller of a speedboat, driven by a police officer, Arian Tase, when she was playing with her father in the exclusive swimming area, on a beach in Himara.

"We are dealing with an event where a completely irresponsible person has broken all laws and regulations by crossing the security cordon and making dangerous maneuvers, which deserves maximum punishment," Tourism and Environment Minister Mirela Kumbaro told DW. .

However, the arrest of the author of the incident and the immediate dismissal by the State Police of 15 local police officers, who were supposed to guard the beach, have not reduced the concern of citizens for the safety of life. Along with flowers and candles in memory of the murdered little girl, protesters demand justice and accountability from state institutions.

The criminal event, where Jonada Avdia lost his life, was preceded last month by 2 other incidents, which fortunately did not cause casualties. According to official sources, in July of this year, on the beach of Jala, in the municipality of Himara, a couple of young people were hit by a speedboat moving in the sea, whose driver lost control. The boat ended up on the shore and hit the young couple, one of whom was hospitalized with serious injuries. A child on the beach of Vlora was hit by a boat on the seashore and received treatment at the hospital.

"We are preparing the package of new rules for the regulation and coordination of marine tourism activities. We have requested from the State Police and the Border Police strict monitoring of the water space on the beaches as well as maximum punishments for violators", says Minister Kumbaro.

Fell from the fifth floor of the apartment, the 13-year-old Albanian tragically lost her life in France

The views are fabulous, the snow whitens the tourist village in Korçë during these holidays

Prince Leka gives an important message to Albanians on Flag Day: We must be more united