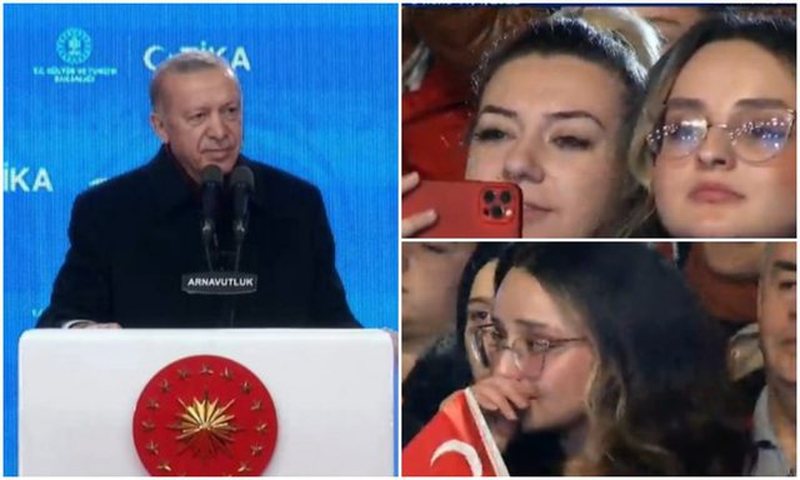 "On this occasion, I pray to Allah that after the opening of the mosque, the prayers and worships that will be performed in the mosque will be accepted by the Almighty God. I ask God, do not leave us without religion, without homeland, without minarets, without love, without water and without air. "With respect and love to all of you who have heard us so far," said President Erdogan in his speech.

One episode captured on camera was as a girl burst into tears during the Turkish President's speech.

Immediately after the ceremony at the Et'hem Bey Mosque, the Turkish president is expected to head to Mother Teresa Airport to leave for Turkey.