They were caught with money in the car buying votes, the police reacted immediately: Two people were arrested for corruption 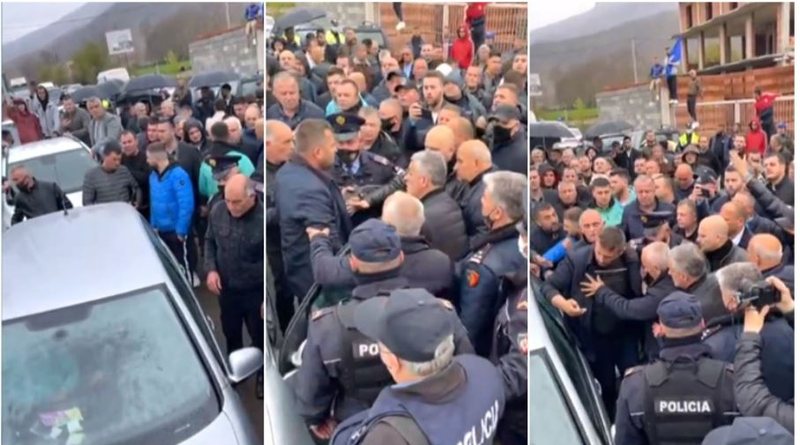 Yesterday in Maqellara, a car was stopped by Democratic Party militants, as it is alleged by the latter that votes were being bought by political opponents.

The police have issued an official notification regarding the event, where they inform that two persons have been arrested where they are accused of the criminal offenses "Active corruption in elections" committed in collaboration and "Use of public office for political or electoral activities".

Also, 2 persons were prosecuted at large, who blocked the way of the 2 arrested.

Specialists for Crime Investigation in the Local Police Directorate of Dibër, under the direction of the Prosecution, made the arrest in flagrante delicto, for the criminal offenses "Active corruption in elections" committed in collaboration and "Use of public office for political or electoral activities" of citizens:

On 22.04.2021, around 14:00, on the road segment Maqellarë-Peshkopi, in the vehicle with which the above-mentioned citizens were traveling, the Police seized a sum of money, a model to orient the voters on the way of voting and leaflets of a subject politics.

Also, criminal proceedings have been initiated in a state of freedom for the criminal offense "Obstruction of the circulation of motor vehicles", for citizens AS and GH, resident in Debar, after blocking the road to two arrested citizens, near the Maqellara roundabout, blocking the road Peshkopi - Maqellarë.

The procedural materials against the above-mentioned citizens were referred to the Prosecution at the Court of First Instance in Debar, for further actions.