Beware / He was found hanged, this is the game in 'Tik Tok' that took the life of a 13-year-old from Lushnja 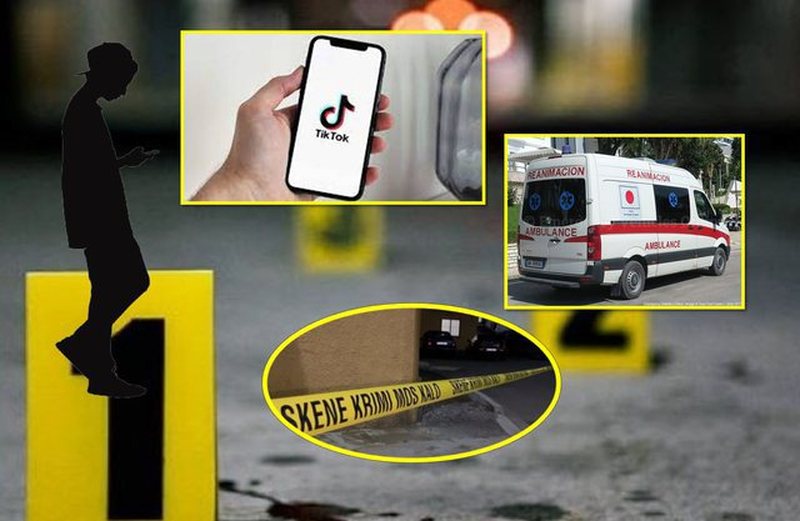 On Saturday afternoon, a 13-year-old from Lushnja with the initials AS committed suicide in the room.

Friends of the 13-year-old have told the media that the minor was active on social media, and was making a video on TikTok when he lost his life.

They said he had tied a rope around his neck and was riding on a chair when he fell and lost his life. The 13-year-old was active on social media and posted various videos on his personal account.

Most TikTok challenges are harmless fun, but the latest popular Blackout Challenge has had at least one fatality in 2021.

Authorities are warning people to avoid the "Blackout Challenge", which, like the 2020 Pass Out challenge, could lead to suffocation.

The game requires the participant to suffocate himself until he loses consciousness and wakes up a few moments later. It is easy to understand why this is a bad idea.

Last year, the Challenge Pass Out, during which teens shook their heads from side to side until they lost consciousness, also yielded similar frightening results.

A 10-year-old girl passed away this Thursday at the Palermo hospital in Italy. The 10-year-old has tied a belt around her neck to self-suffocate, an action that has changed her life.

March 22, Joshua Haileyesus's twin brother found him unconscious on the bathroom floor of their Colorado home.

The 12-year-old's parents believe he was taking part in a challenge that dares people to see how much they can hold their breath and that he was completely unaware of the dangers involved.