Tragedy with 46 dead / Chief Prosecutor reveals what is being investigated: On the bus I also saw plastic pipes that were not burned 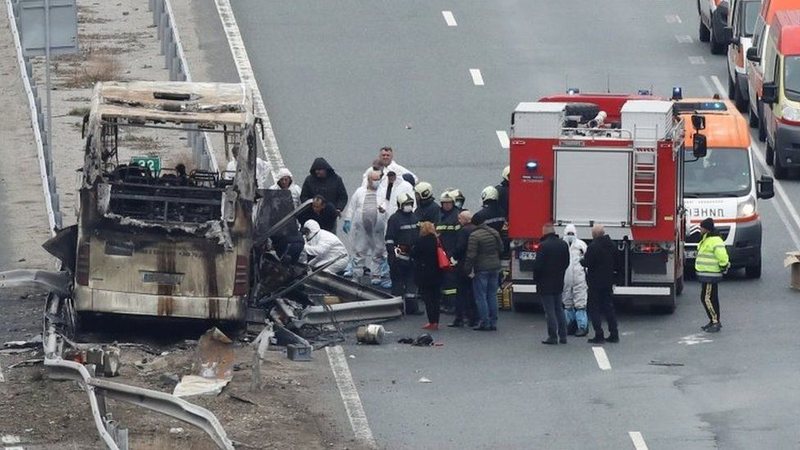 The Prosecutor General of Northern Macedonia, Lubomir Joveski, said that they are collecting DNA samples from the relatives of the victims of the tragic accident to enable their identification.

In an interview with Bulgarian media, he said the test results would be provided to Bulgarian authorities. Survivors of the accident have not yet been questioned, he said.

The prosecutor admitted that the bus had not had its documents checked at customs and that there would be sanctions for this.

The Macedonian chief prosecutor said Bulgarian authorities were investigating whether there were cans filled with fuel on the bus. He confirmed that he had seen plastic pipes at the scene, which had not been burned.

However he said the theory of fuel canisters exploding seems more of a speculation.

According to him, two of the tracks of the investigation are: a human error or a technical defect. According to the data, the bus was new and had carried out regular technical inspections.