"Degenerates"/ He insulted the journalists, the Director of Police, Geldis Nano takes the immediate decision against the Deputy Commissioner. The details are highlighted 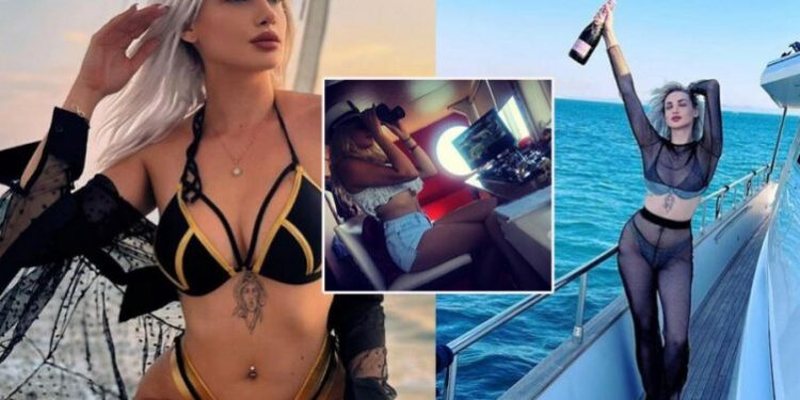 The General Directorate of Police has suspended from duty under the commissioner, who yesterday reacted harshly to the media and citizens who demanded an account regarding the execution in the middle of the city of Madri Ulqinak by an 18-year-old armed man.

According to the above, the General Director of the State Police, Gladis Nano, immediately suspended the Police officer, Deputy Commissioner Anisa Kostani, and ordered the Directorate of Professional Standards in the General Directorate of the State Police to initiate a disciplinary investigation against this officer, for serious violation of the State Police Regulation, approved by VKM no. 750 dated 16.09.2015, specifically of Article 209, point 1 "Serious violation of the attributes/competencies of the police without any convincing reason, does not fulfill or fails to fulfill certain duties and responsibilities, which have caused serious consequences in performance of duties".

The State Police is convinced and determined to create a relationship of partnership and opposition with the media, based on mutual respect and truth.

"I don't know how he entered the ministry when he should have a security certificate"/ The well-known journalist discloses the details: This wanted businessman is a fraudster of international caliber. SPAK has monitored...

The former officer accused of the murder of April 21, 2021, the trial for Arbë Paplekaj is postponed again

The "disobedient" driver paid 70,000 new lek bribes to get the blocked license, but she suffers badly, a police officer is also in handcuffs (Name)

"He's a fantastic man"/ The well-known Albanian actor reveals his close ties with the German president: I'm kidding, how can you run away from Albania, he tells me

"He has high-level connections with the Albanian government and is an advisor to the Ministry of Defense"/ 2 billion euro fraud, the journalist gives details about the powerful businessman who is wanted

"They come in body clothes and drive a Lamborghini"/ He couldn't get out of his anger, the British journalist explodes at the Albanians: They have made London like ...

The weekend with unstable weather, SHMU comes out with the important announcement: What will happen to the temperatures on Saturday and Sunday

(VIDEO) As Anila Hoxha rarely tells about her personal life, the journalist reveals the biggest obstacle in her life: I get a message that we are going to arrest...