"The state rose to its feet for the assassination of Tom Doshi", Klodiana Lala severely accuses politicians: When they want to send the author's phone overnight to Israel, Xhuvan's murder is ... 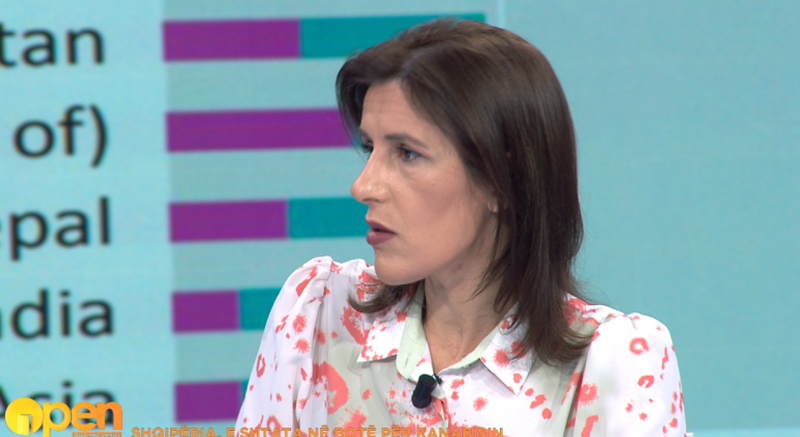 In the show "Open" on News24, it was discussed about the murder of Pjerin Xhuvani and the problems in the process of uncovering the event.

Journalist Klodiana Lala has stated that the procrastination of the process is an attempt to save people through the procedure.

Klodiana Lala: It does not appear to us, at least officially, that the measures for two deputies. directors to be a reflection of the testimony of Nuredin Duman. This event should have at least minimally brought before the prosecutors for questioning Mr. Bardhi and Balla district leaders.

Whether or not they have responsibility is another matter. This event to be fully investigated must start from the scene to the political level. If they remain at the deputy level. directors this is one of thousands of events in this country that are not uncovered. We have a history of corruption, Cez Dia, January 21, Gërdec, of Incinerators… that have not received clarification.

Ervin Karamuço: Even when he does not light a cigarette, they take him to prison, because of the article for inaction. When nothing else is found we say abuse of duty to be able to, then we see.
In many cases, this was serious, but in many others the police all have to escape from prison, because for a small thing they abuse their duty.

Armand Bajrami: To be fair, Nushi and Palla are presumed innocent, but we are facing the fact that they face 2 criminal charges. What worries me is the delay in finalizing the investigation. More than a year has been reflected with 2 deputy directors who have not resigned. If they did not comply with any of the legal requirements, should I suspect that they have consistently performed their duties correctly to date?

Klodiana Lala: The Elbasan Prosecutor's Office says that we were late because we did not recover the film footage. Remember the case of Babala? The state rose to its feet. What about the alleged assassination of Tom Doshi? Half of the Assembly was brought. The state if it wants to catch the rabbit by cart. If there was no influence and attempts at manipulation everything would have turned white.

Nuredin Dumani was arrested, the actions were taken immediately. 184 sensational file, do you know how far the file went? ex

to the file investigated from the Prime Minister to the ordinary police in Debar. He has come to Tirana-Debar 10 times.

"A great loss for all the separation from the life of the Honor of the Nation, the well-known artist"/ Ilir Meta gives the bitter news about the well-known figure