The biggest secret of Vucic and Dodik in their relationship 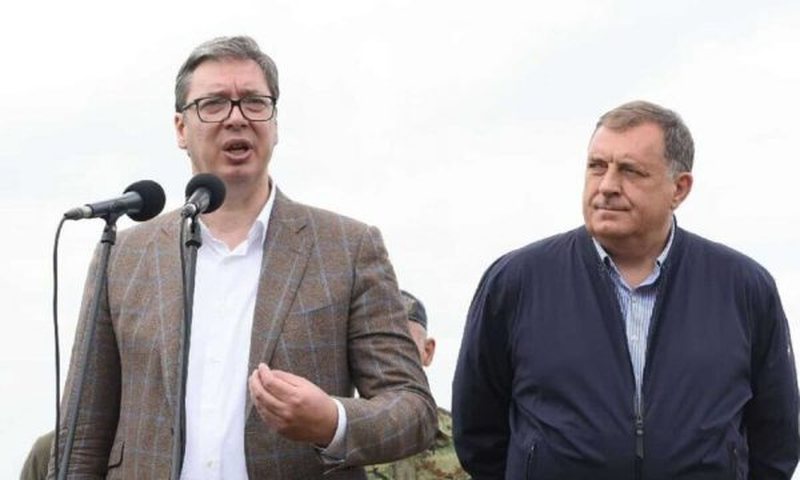 Since Sunday's elections in Bosnia, the media have started to write about the reports of Aleksandar Vucic and Milord Dodik, whose results put them first in the race for President of Republika Srpska. However, his opponent, Jelena Trivic, is claiming that her votes were stolen.

But, apart from the results of the elections, one of the topics being discussed are the Vu?i?-Dodik reports and rumors that they have finally parted ways.

Aleksandar Trifunovi?, editor-in-chief of the Banja Luka portal Buka, has commented for Danas on speculations about the cooling of relations between Aleksandar Vu?i? and Milorad Dodik, since Vu?i? has not appeared at all in Dodik's campaign and is even said to have supported the opposition in Banja Luka

According to him, the misunderstanding between Dodik and Vucic has now reached its peak and there are many reasons for this. He says that the elections are just a trigger.

"The best-kept secret of Dodik-Vu?i?": What is hidden behind the speculations about the separation of the two leaders?

Milorad Dodik and Aleksandar Vucic have never been on good terms and this is their best kept secret. These are relationships of interest that are consistently presented as good when it suits both, primarily because of the election results and the message they both send to their electorate. "They have had such reports since Boris Tadi?'s campaign, in which Dodik was actively involved," Trifunovi? assessed.