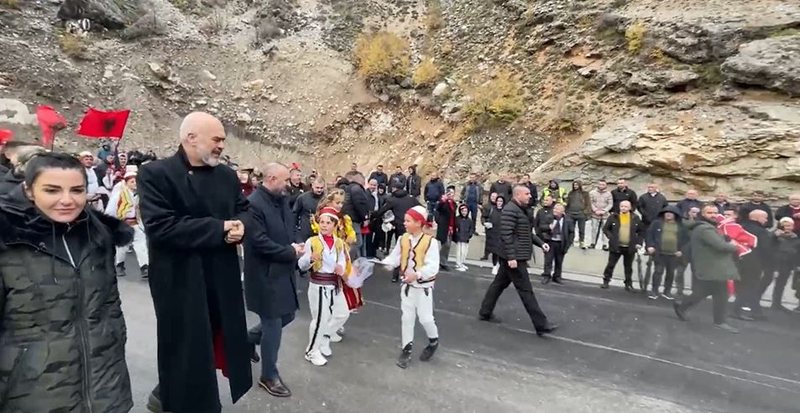 Snowfall in Debar and a strong hail have become the reason for blocking the road of Arber during the afternoon, which was opened today by Prime Minister Rama.

According to the information received from the drivers of the vehicles, over 100 cars are blocked at the Bypass tunnel in Qafë-Murriz as a result of the blockage due to snowfall, low temperatures and frost on the road. No assistance yet for the citizens left on the road and no snowplows or police officers are seen to enable the movement of vehicles.

The former deputy of the Democratic Party, Xhemal Gjunkshi, also reacted to the event by publishing the images of the blocking of Arbri Street due to the bad weather that has affected the country. He says that hundreds of citizens are blocked at the moment in the newly opened axis, from Tirana to the village -Fshat (Klos).

"The blockage of the newly opened Arbri Road creates chaos and insecurity. The people of Dibra eagerly awaited the opening of Arbri Street today, and like many people, I, like Dibra, would like to feel happy that a segment of the road was opened. But, only a few hours from the pompous inauguration of 350 million Euros spent by Albanian taxpayers were not enough for this road to be blocked and chaos created. Hundreds of citizens are currently blocked on the newly opened axis, from Tirana to Fshatin-Fshat (Klos). This is the Government of Advertising and Tamtame Shows. "The government should take urgent measures and guarantee the safety of life of hundreds of citizens, families who are living in very difficult conditions of snow, frost and frost," he wrote.