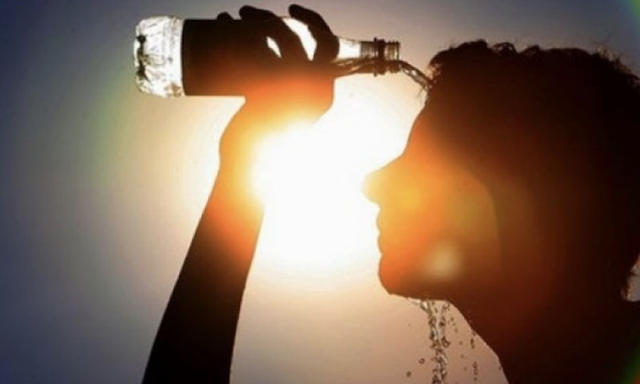 The "scorching" weather that has gripped our country is expected to last for the first days of the week ahead. However, in the second part of the week, the African Anticyclone begins and gradually recedes, while a slight and gradual drop in temperatures is expected.

In this way, as far as it is understood and from the above, the weather for all days of this week (except Friday) is expected to be mostly clear, with alternating cloudy periods from noon to afternoon. Friday is predicted to alternate between clear and medium and heavy clouds.

According to SHMU, in the hilly-mountainous reliefs of the country, the clouds from noon to afternoon will be occasional to dense. They will be accompanied by occasional and short-term rainfall in the form of thunderstorms.

But, in an isolated and very short-term period, these precipitations in these areas will also be in the form of downpours and storms accompanied by hail and electric discharges.

For Friday, rain will cover most of the territory with low to moderate intensity in the form of thunderstorms and occasional showers. Local precipitation in the form of downpours and storms accompanied by hail and electrical discharges.

There are some facts to be noted: the hottest days of this week will be Monday and partially Tuesday, then a gradual drop in temperatures to midday values ??is expected. Due to the relatively high humidity, the feeling of temperatures for the human body will be several degrees higher than the real one measured in the shade in the meteorological cage. Starting from Wednesday, wind with the main direction is expected from the north square, which along the coastline sometimes reaches speeds of up to 7-10 m/s, this speed is relatively intense. 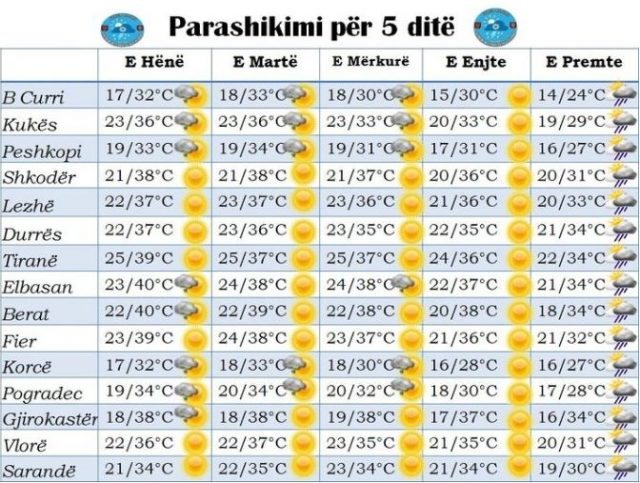