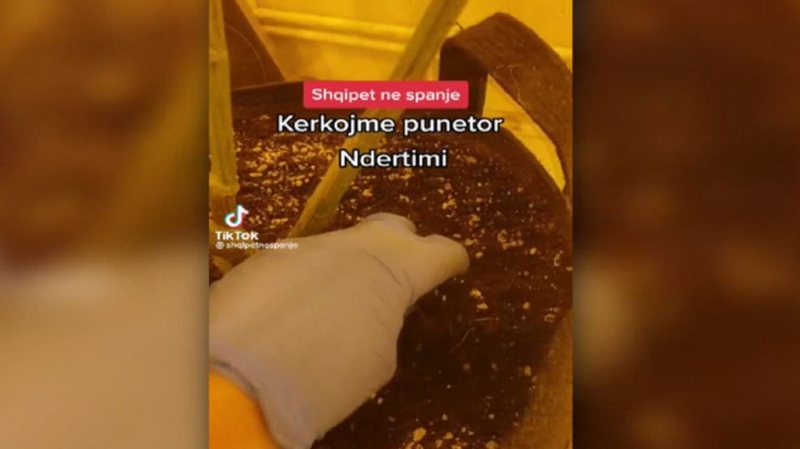 In recent months, Spain has become a destination for Albanians who cultivate drugs indoors with the help of lamps.

Due to the expansion of this illegal activity, Albanians advertise their business on "TikTok" looking for workers.

Details are given in the comments that for 3 months the workers will be paid 7 thousand euros. In the same profile named Albanians in Spain, other videos have been posted, the last one during the month of November, where the large payments in euros obtained from this criminal activity are advertised.

The gang had set up numerous marijuana cultivation plantations in several cities in Spain where it had employed Albanians. The arrested are between the ages of 20 and 51. In the investigation of the case called "Koman", it was found that the leaders of the Albanian gang used their compatriots to look after and monitor the plantations in the interior which planted four or five crops a year.