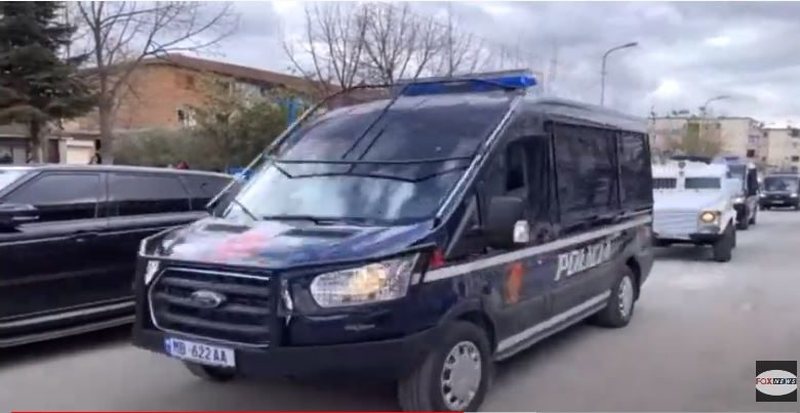 Police give official notification of the event in Mamurras. The Blues suggest that the patrol was involved in the conflict and 1 of the police officers injured 2 colleagues and one of those involved in the quarrel.

Around 13:35, in the center of the city of Mamurras, several people clashed with the employees of the General Patrol Police who were on duty in the city.

One of the police officers pulled out his service weapon and shot and as a result his two colleagues, IZ and F. LL., As well as one of the persons involved in the conflict, citizen NV, who were out of danger for life, were injured. .

A special investigative group was immediately established, consisting of Investigation Specialists in the Service for Internal Affairs and Complaints in the Ministry of Interior and Investigation Specialists in the Local Police Directorate of Lezha, and under the direction of the Head of the Kurbin Judicial District Prosecutor's Office. intensive work continues at the scene, administering any evidence and receiving evidence, in order to fully and comprehensively clarify this event.

More detailed information will be provided by the Service for Internal Affairs and Complaints, at the end of the first investigative actions.

Minister publishes the latest death rates from Covid-19 in Albania, among the victims a 52-year-old

A weekend at the beach? The weather will not be in your favor

The situation of Covid-19 / Brataj: This is why the virus has moved with "WAVE"

The famous actor, Leonardo DiCaprio calls on the Albanian government

COVID-19 balance sheet / Health authorities whitewash data: Here are how many new infections were recorded in the last 24 hours

"It has been closed since her son died," say Liljana Buzo's neighbors since her husband: Very seriously, we were terrified. It has been years since ...

Accepted a bribe of 5 thousand euros for an easier security measure, GJKKO takes the decision for former judge Mimoza Margjeka

The trust is fulfilled / He lost the battle with COVID, the famous actor Guljem Radoja is escorted to the last apartment, the director bursts into tears: It is a very big pain and a sad day

The tender of the Ministry of Defense after the earthquake that was being investigated by SPAK / GJKKO takes the decision, what was decided for the senior officials

Tom Plezha Street in Astir / Veliaj comes to light: We continue our work without stopping for a more beautiful city