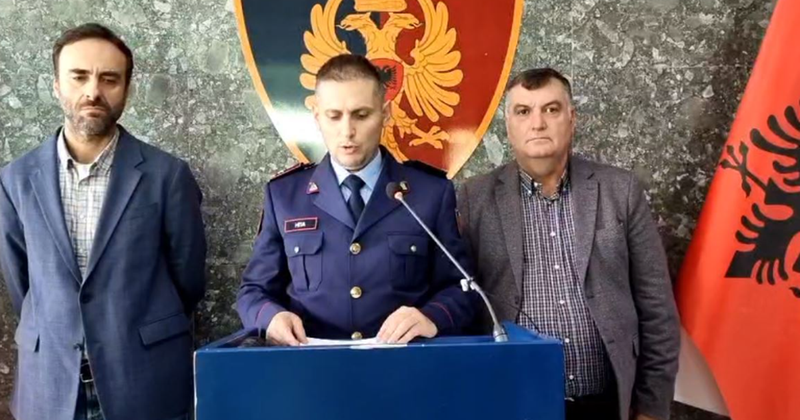 A prison policeman was involved in a criminal group in Durrës, which helped a group to commit murders against opponents.

The police announced today that in addition to the Beqiraj brothers, 11 other people have been arrested, who in recent years have committed a number of serious crimes, including murder and hostage-taking.

Along with him, a soldier was also arrested, who helped the group in question.

15 people have fallen into the handcuffs of the police because they are accused of being part of a criminal group that engaged in paid murders.

According to the police, the action came after the arrest of the brothers Indri and Gentian Beqiraj, who yesterday were involved in an incident with 4 other people. The latter beat the two brothers and then kidnapped Indrit, to throw him on the corner of a street a few minutes later.

After this incident, the police started investigations, while the two brothers also confessed to other criminal incidents. According to police investigations, Indrit Beqiraj and Gentian Beqiraj have been arrested as they are accused of being part of the group that was planning the murder of Aleksandër Laho, known as Rumit i Shijak.

Also, with the arrest of the two Beqirja brothers, another criminal event has been revealed. It is about the "Don Bosco" massacre that happened at the beginning of this year. Also, the arrested Beqiraj brothers confessed to a series of other assassinations committed in Tirana and Durrës.

Some of the arrested:

The materials were also referred to the Prosecutor's Office, IF