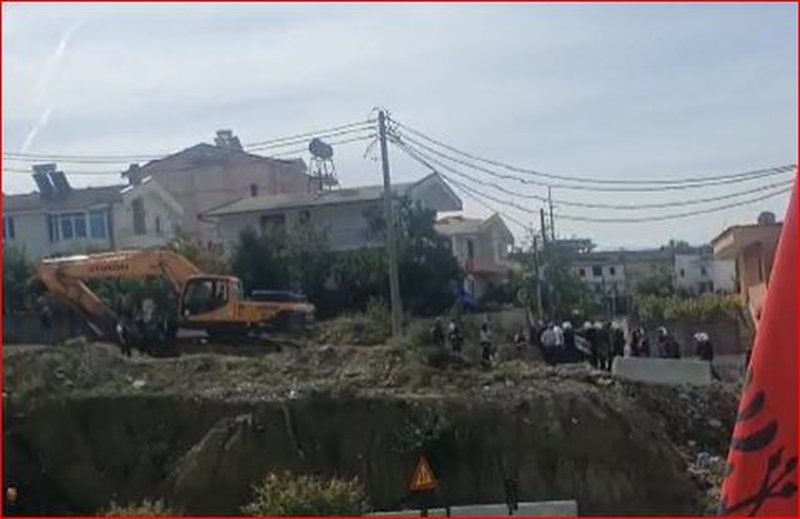 The residents of a neighborhood in the Eastern Ring Road, in the area of ??Shkoza, were woken up today by IKMT and police vehicles and vehicles as their homes are affected by the "New Ring Road" project.

Meanwhile, the residents have physically clashed with the police forces as they oppose the IKMT's order to demolish the houses, while there was also the intervention of FNSH to ensure the intervention.

The owner of an apartment that is at risk of collapse, Andrea Suli, stated that his house was built in 1996, while he has applied for the legalization process for a long time, but the answer received 2 weeks ago was negative.

According to the report of the journalist Marjus Merhori, the residents do not have a problem with the demolition of the apartments, but they require a contract or rent bonus to leave.

However, the police forces have secured the perimeter near the apartments, while the IKMT building is ready to start the demolition process.