The event that shocked the whole opinion/ They brutally raped the elderly woman, the unexpected decision was made for the three nurses 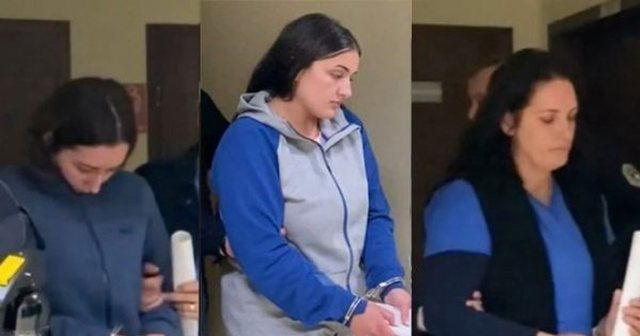 The Supreme Court has released from custody the three nurses suspected of physical assault on the elderly woman at the "Orenda" Center in Peja. The news was confirmed by the spokeswoman of the Supreme Court, Antigona Uka-Lutfiu, for the Express newspaper.

"Regarding your questions, we inform you that the Judicial College of the Supreme Court has accepted as well-founded the request for protection of the legality of the defender of the defendant AR, lawyer Blerim Ademaj", stated Uka-Lutfiu.

"With the acceptance of the request for protection of the legality of the defender of the defendant AR, and according to the official duty also for the defendants AP and RK, the decision of the Basic Court in Peja - General Department DP.PP.nr.336/2022 dated 03.11.2022 and the decision of the Court of Appeal of Kosovo - General Department PN1DP.nr.1561/2022 dated 11.11.2022, so that the defendants' detention is terminated and they are immediately released to defend themselves in freedom", it is stated in the judgment of the Supremes, which has been provided by Express.

The footage that was shot inside this center went viral and provoked strong reactions. There appeared a nurse beating an old man, while her colleagues laughed and had fun with this scene.

"The defendants have been assigned a measure of detention for a duration of thirty (30) days after the judge of the preliminary procedure, in evaluating the request of the Basic Prosecutor's Office in Peja to assign a measure of detention to the defendants, found that there is a suspicion based on the same have committed the criminal offense that you are charged with because this suspicion is based on the evidence submitted by the prosecution and that with the possible finding of the defendants at liberty there is a risk of influencing witnesses who are part of the staff of the health care home where a criminal offense has occurred which has not been identified and declared yet, as well as the impact on the victim's statement since she is in a serious state of health and has not yet been declared", the Court's announcement states. 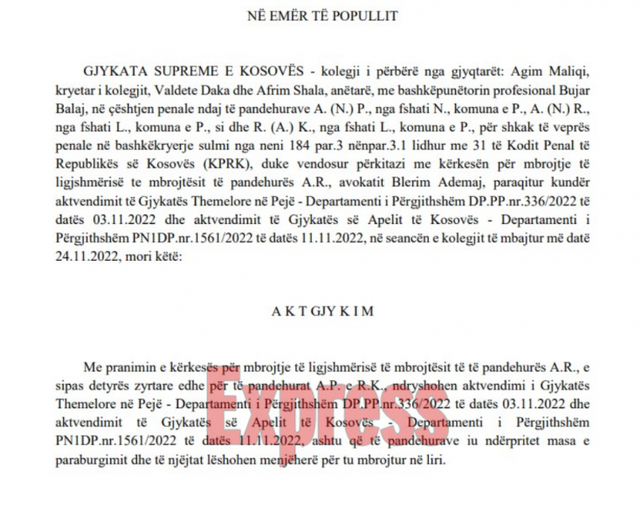 The serious illness took her life, Ardit Gjebrea makes a touching dedication to the well-known Albanian lawyer: We should have had one last coffee together!

The honored artist Luftar Paja celebrates his birthday today, this is how old the actor is

"You killed me..."/ Valdete's last words, the man shot him, put the knife in his hand to look like suicide. The whole tragedy just didn't have anything to do with him. The author is expected to appear before the court

The murder of a pregnant woman at the door of the hospital, the Minister of Justice warns of "earthquakes" for Kosovo officials