"It was caught in the middle of the forest ..." / Klodiana Lala's strong statement: The company where he found drugs in the port is owned by a powerful businessman in the past 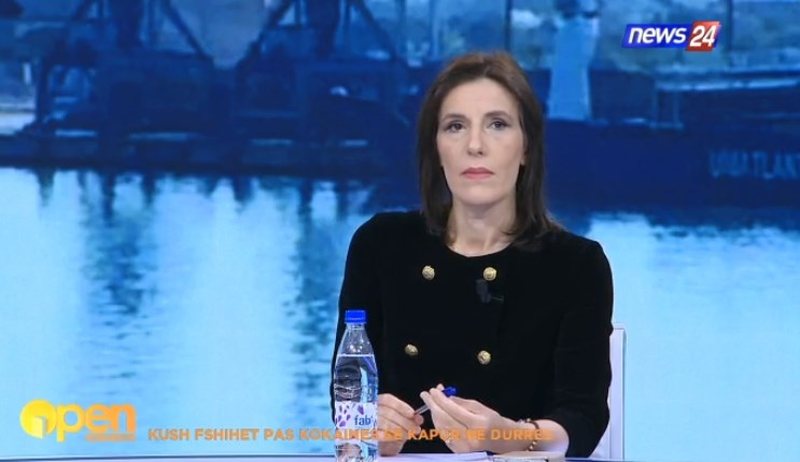 Journalist Klodiana Lala said in "Open" that the Port of Durres is often the point where criminal groups clash in the coastal city.

According to her, all groups want to have control of the port, to transport drugs. One practice she discovered in the studio was that they were hidden in trash cans and from there, went straight into the hands of traffickers.

Regarding the amount of over 50 kg of cocaine seized today in the port, found in coal, Lala said that the company he owns belongs to a very powerful businessman. If there is good will according to her, this issue can go to the end.

"The whole fight between criminal groups in Durrës is done to have control over the port. The clean-up tender is interesting, targeted by criminal groups. When the port is cleaned, this is in the secret reports, in those yellow bins where the waste is removed there are quantities of drugs, cocaine. Now the focus of the Police is to control the maintenance staff at the port. The company took the cargo to Elbasan. It is true that the administrator is Turkish, but that brings us to another point. Where the groups of Elbasan are connected, in Colombia and Brazil.

In the middle of the forest there was seized a large amount, with 600 kg of cocaine, it was destined for the groups of Elbasan. In this way, if the Albanian authorities have the will, it is enough to sit down, to discuss with each other. The company we are talking about has been owned by a powerful businessman before. It must be seen in a number of factors. "If the investigators have the will, they can go to the end," said Lala.