The 'father' of the first film has passed away, the well-known director, one of the pioneers of Albanian cinematography, is being paid tribute to in the lobby of the University of Arts today. 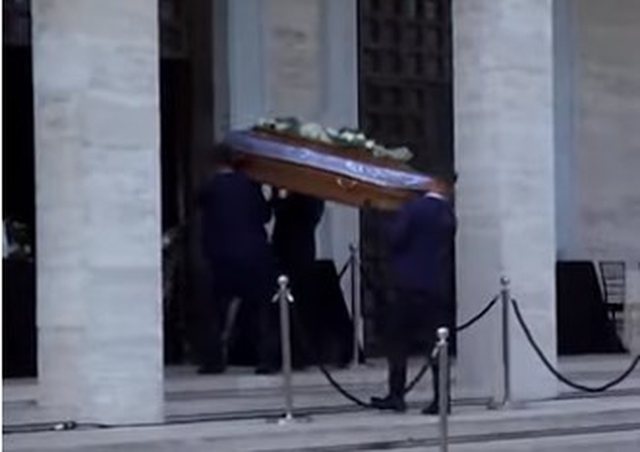 The two girls, relatives, friends and colleagues, accompany today the director, one of the pioneers of Albanian cinematography, Kristaq Dhamon. Tributes are held in the lobby of the University of the Arts. He passed away in a hospital in Ancona in Italy, in the care of family members, and as friends near his wife researcher Dhorka Dhamo confess.

Director of the first Albanian feature film "Tana" made 64 years ago with protagonist Tinka Kurti, Dhamo signed a number of other successful productions, such as "Decision", "Morning of War" etc.

The tributes will last from 11:00 a.m. to 12:00 p.m. and then Dhamo will be escorted to his last residence in Sharre. Dhamo passed away at the age of 73. He lived for two decades in the USA. The artist died after a battle with a serious illness. "I don't know how he entered the ministry when he should have a security certificate"/ The well-known journalist discloses the details: This wanted businessman is a fraudster of international caliber. SPAK has monitored...

The former officer accused of the murder of April 21, 2021, the trial for Arbë Paplekaj is postponed again

The "disobedient" driver paid 70,000 new lek bribes to get the blocked license, but she suffers badly, a police officer is also in handcuffs (Name)

"He's a fantastic man"/ The well-known Albanian actor reveals his close ties with the German president: I'm kidding, how can you run away from Albania, he tells me

"He has high-level connections with the Albanian government and is an advisor to the Ministry of Defense"/ 2 billion euro fraud, the journalist gives details about the powerful businessman who is wanted

"They come in body clothes and drive a Lamborghini"/ He couldn't get out of his anger, the British journalist explodes at the Albanians: They have made London like ...

The weekend with unstable weather, SHMU comes out with the important announcement: What will happen to the temperatures on Saturday and Sunday

(VIDEO) As Anila Hoxha rarely tells about her personal life, the journalist reveals the biggest obstacle in her life: I get a message that we are going to arrest...