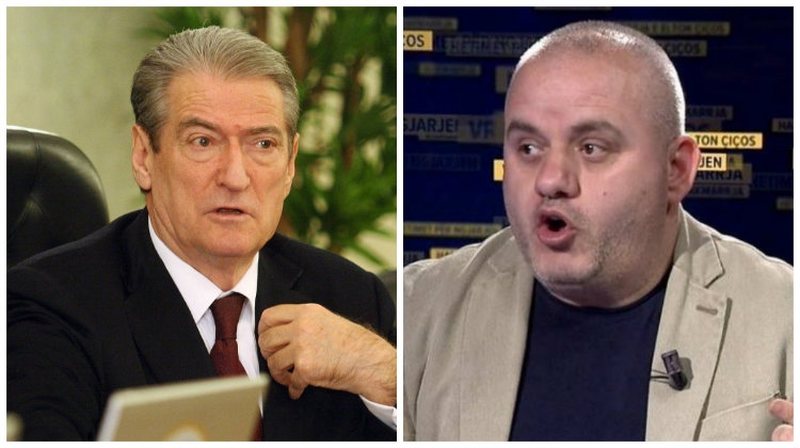 "I do not go to parliament - he says, to wait for Turkish President Erdogan, because he helped in the election campaign of April 25, 2021 Edi Ramen, building the regional hospital of Fier for 60 days for free".

Meanwhile, on Thursday, June 25, 2009, exactly 3 days before the parliamentary elections of June 28, 2009, when Berisha received his second term, Turkish President Recep Tayyip Erdogan not only visited Albania, but together with Prime Minister Berisha inaugurated the National Road, exactly in the Kalimash tunnel.

Prime Minister Sali Berisha at that time, appeared in a grand ceremony, together with President Erdogan, cutting the lane of the Durres-Morine highway, the tender of each was won by the American company Bechtel and the works were performed by the Turkish company, ENKA.

To be correct, what Rama did today, Berisha did on a hot Thursday, June 25, 2009, even three days later, he won a second term with the help of four "golden" mandates of the SMI.

So the motive for the absence of Sali Berisha this afternoon in the Albanian Parliament, seems ridiculous.

Let us remember that the help that Erdogan gave to Berisha, just 3 days before the elections in 2009, coming in person to inaugurate the Kalimashi tunnel, is much bigger than the hospital in Fier, which Erdogan did. Rames gift for the April 25 election.

Therefore, marshal, tell us where your "hatri" is left and how is it true why you did not go to the Albanian Parliament today to wait for the "byrazer" Erdogan, who was your brother, long before he became Rama's brother ??? !!!

These tales with Erdogan's intervention in the Albanian political elections in aid of Rama, he told in the pulpit, because in the others our memory of Covid-19 ende has not been erased yet.

1) -Prime Minister Berisha and Turkish President Erdogan cutting the ribbon of the National Road on June 25, 2009.

2) -Berisha and Erdogan at the entrance of the Kalimashi tunnel, pose in front of the PD slogan in the election campaign of June 28, 2009.