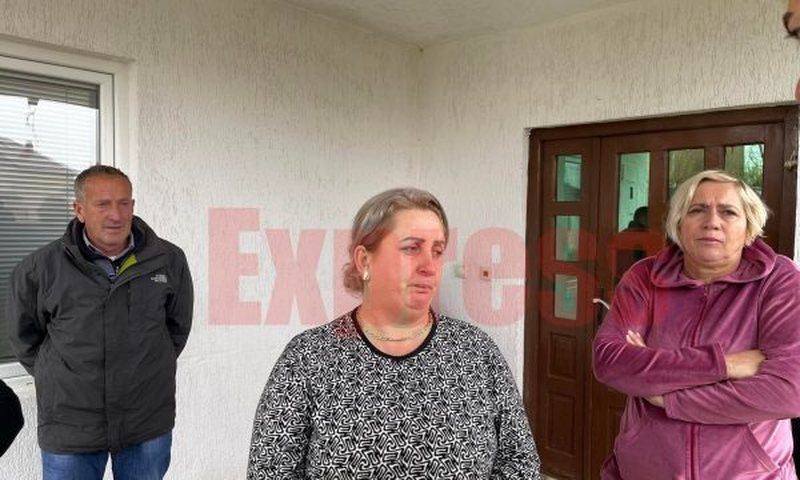 The six sisters of Hamide Magashi, who was killed on Wednesday in front of the Gynecology clinic where she was waiting to give birth to her son, are standing in fear in their parents' house in the village of Llugaxhi in Lipjan because they say that Hamide's ex-husband , Sokol Halili, who is on the run, threatened to throw three bombs at their house. Her sister, Burbuqe Magashi, narrated the difficult life of the deceased to Express Newspaper.

Hamidja had been married for about three months. But life did not offer the 35-year-old a "honeymoon", on the contrary, she changed completely after marriage. The ex-husband allegedly stopped her from her job where she worked for about 15 years and isolated her so much that the deceased had even attempted suicide.

The family is demanding the arrest of Doras and life imprisonment for him.

The 35-year-old woman was due to give birth to her first child today. But, a few hours before she became a mother, she was killed by her ex-husband, who is suspected of having repeatedly mistreated her. The suspect is on the run and the victim's sisters fear that he will kill their little sister as well.

Burbuqe Magashi declares that her sister's ex-husband, who was killed last night, threatened to throw three bombs at their house in Llugaxhi, Lipjan.

"He behaved in the streets, and we were also afraid that he would throw 3 bombs at you and knock him out of the house." "Thojke Shukrina, with my husband, I also drowned my son."