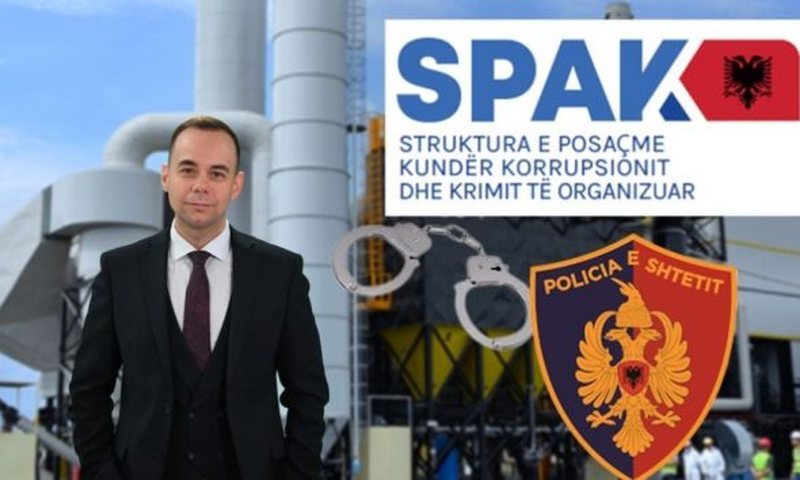 In the show "Open" this evening, there is a discussion about the release from the cell of the former socialist deputy Alqi Blako.

In a Skype connection, journalist Ermal Vija stated that the Court accepted the request of Bllakos' defense lawyer and changed the decision on the security measure, under the reasoning that he has minor children and keeping him in a cell has aggravated the family situation.

He added that such a request can be made for other defendants who may find themselves in the same situation and family circumstances.

Vija: The request to the court was based on the argument that he is innocent, the lawyer's claim today was that he is the father of three minor children and the family members' situation has worsened. This has also changed the security measure. The charges against him are serious, the judge Irena Gjoka initially accepted the prosecution's request 8 months ago, while today she changed the security measure, with the argument that Blako cannot interfere with the investigations after they have been completed. Blako will be investigated and then in the trial phase, this measure will be continued.

Eni Vasili: Are there other fathers of minor children in prison?

Vija: It is a question that has come to all of us. Koka has addressed the court several times for the change of measure, with claims like Blako that he is innocent, he went even further and when he was in custody he went to prison hospitals for cardiac problems, but for him it is no different from Blako changed the security measure even though they are accused of the same charges.

Saimir Tahiri also has minor children and addressed the court with this request, a request that was not accepted.

If it was about a mother, it would be a mitigating circumstance that the law also recognizes.

We have to wait for the clarified decision on why this decision was made.

The prosecutor has maintained a negative attitude, he has not accepted that Blako be released.