Police Commissariat no. 4 in Tirana successfully finalizes the operation "Albania 355", the young man who had turned the restaurant into a sports betting activity falls into handcuffs 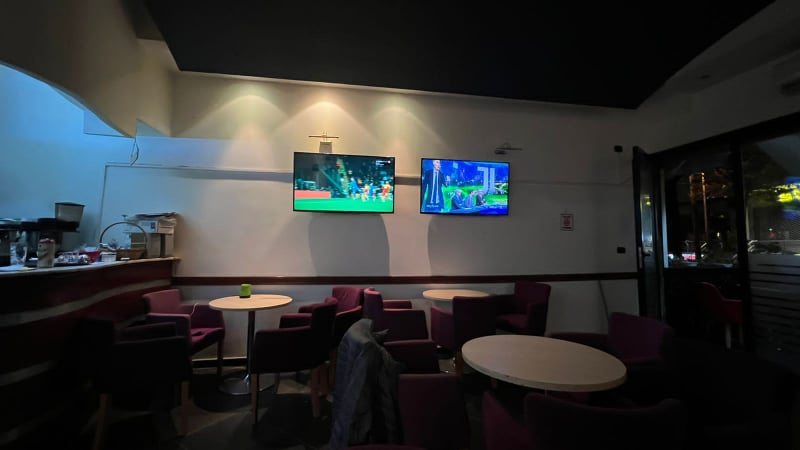 1 person was arrested from last night's operation of Commissariat 4 of the police in Tirana, in the framework of hitting several points of gambling. According to the announcement, the young man with the initials HK had turned his local business into an environment for the illegal practice of gambling. Also, according to the notification of Commissariat 4, it is said that a cell and a large amount of money were seized as material evidence.

Here is the full notification of the Police Station No. 4 in Tirana:

From the services of the Police Commissariat no. 4, Tirana, in implementation of the plan of measures with no. 21241. On the date 21.10.2021 of DVP Tirana, we successfully finalized the operation "Albania 355", where on 05.12.2021 at 23.30 was arrested in flagrance citizen: HK, son of Telha and Shqipe, born and resident in Tirana, street "Ferit Xhajko", building 58, sh 2 ap 6, Tirana, born 11.03.1982, with Albanian nationality and Albanian citizenship, with secondary education, single marital status, not previously convicted, with phone number 067390 ****, with identity card number I20311 ***, self-identified after on 05.12.2021 around 21:00.00 in the place called Siri Kodra street, at a coffee bar used by this citizen, he was caught red-handed exercising illegal activity and specifically placing illegal lottery betting sheets and adapting the bar for illegal games.

We carried out the first procedural investigative actions and seized as material evidence a mobile device, an amount of 41 thousand new lek and 60 Euros as a result of illegal activity, as well as a decoder.

The procedural materials will be handed over to the Prosecutor's Office of the Tirana Judicial District for the criminal offense of "Organizing Illegal Lotteries" and "Making available the premises for illegal games" provided by Articles 197 and 198 of the Criminal Code "against the citizen HK i arrested in flagrance.

Out of expectations, meteorologist Tanja Porja reveals how the month of JANUARY will end