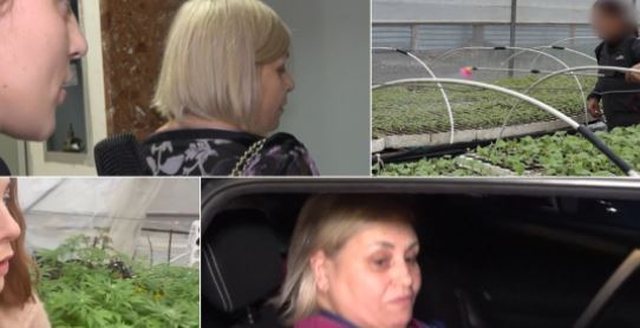 Seeds suspected of being cannabis sativa are planted in several agricultural centers to be later used by the prosecution as evidence in trials against narcotics traffickers.

How safe are these centers which are under the Ministry of Agriculture? Is there a strict procedure for transporting, planting and then using them in litigation? How much security is there in these centers?

The whole scheme has been dismantled by the "Piranhas" who have been able to easily get into a cannabis greenhouse that serves as evidence for the prosecution. There is no security camera there and the evidence can easily be destroyed. But how does the Minister Milva Ekonomi, whom the journalist follows at home, respond? Is anyone responsible?

Meanwhile, the Piranhas have taken the story of Alfred Pellumbi, a former farmer in Shkrel, who sheds light on the sensational case in the 2000s when some farmers were mistakenly arrested on suspicion of planting cannabis in greenhouses, but in fact the truth from the analysis turned out differently. "The analysis showed that the plant was industrial hemp, the people were released and it was understood that everything was wrong."