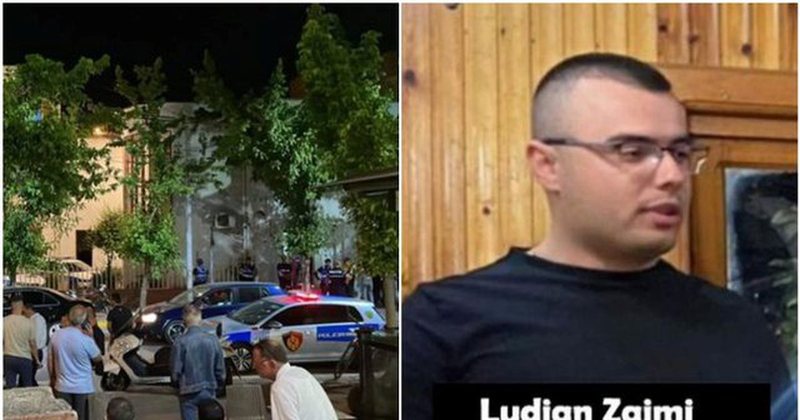 The former officer of Police Station No. 3, Ludian Zaimi, who killed his colleague Çaush Salias in the premises of the workplace, is on trial.

The court registered the case with the charge of "intentional killing of the State Police employee, during or because of duty." This criminal offense carries a penalty margin of not less than thirty years or life imprisonment.

The court did not accept the abbreviated trial and will be tried by ordinary procedure, due to the criminal offense committed by the defendant. In the investigation file that Syri TV has, it is said that the testimony of one of Zaim's colleagues is valuable, where doubts arise that he planned the murder in advance. "The author's car was on at the door of the police station, ready to leave the scene immediately, while shortly before the black act, he had sent suspicious messages to his relatives," the investigation file states.

The prosecution further claims, unlike what the defense insisted, referring to the act of psychiatric-legal expertise, that Ludjan Zaimi did not suffer and does not suffer from mental health problems and was able to control his actions.

Ludjan Zaimi, according to the Prosecutor's Office, shortly before the crime, wrote a message to a convicted person with the following content: "I will write something to you at dinner. Let's go now... Elio, Eris, Faik, I leave you mom and dad, if I will be able to help you. When I say trust, you must keep the trust. Let one of you, Eljo or Eris, become the son of my house. Please." Another message, Ludjan Zaimi sends to a citizen with the initials DC to whom he bequeaths a relative named "D".

According to the prosecution, the 25-year-old killed Salias precisely because of the relationship during the exercise of his duties, despite the fact that he did not raise concerns with his superiors or any of the victim's relatives.

The Ministry of Finance comes out with the important announcement, here's what will happen with inflation during 2023