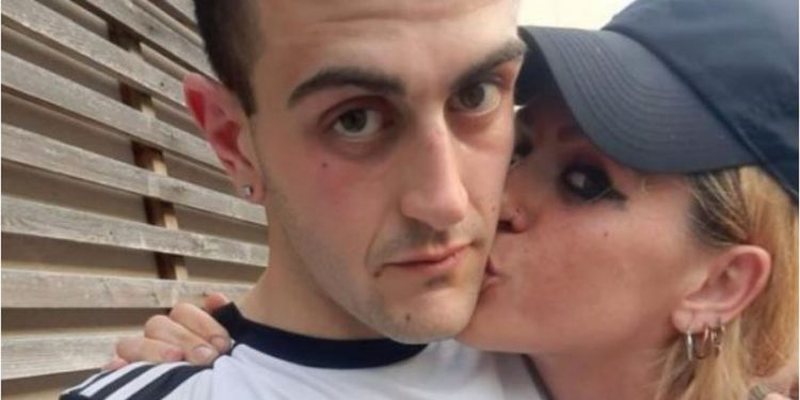 Leonardo Di Falvo, the boyfriend of the 27-year-old Albanian Donatella Hodo, who last week, inhaling gas from the stove in her cell, ended her life in the Veronese prison of Montorio, has reacted for the first time.

Falvo stated that "it was not the suicide of a drug addict in prison. Donatella, my Dona, had been clean for a year. Now that it's gone, I read and hear reviews about the poison. Many are making judgments without knowing anything about it. I'm angry...".

Before committing the grave act, she left a last love letter to Leonardo where she wrote: "You are the most beautiful thing that has happened to me. Leo, I'm sorry!".

Today, the 24-year-old broke his silence for the first time after the tragedy.

"I am angry with the whole world, with the system, the prison, the judges, the guards, her family, her friends. But I'm also upset with her, with Donna, because she had to be a little more patient. She would come out soon, I had prepared everything for her", he says.

He further adds that everyone had "left" Donatella alone, and that the only one who stood by her was him.

"I listened to him, reassured him, stood by him, called him, went to visit him. Especially in the last period after they had returned him to the cell because he had run away from the community, they had abandoned him. Everyone except me", underlines the young man.

Leonardo reveals that he last saw her on the morning of August 1, her last day of life.

“Because that night she was gone forever. With her gesture, she also blocked my life. Time has stopped for me, minute by minute, hour by hour, I keep wondering why. What happened to her? Did something happen that I don't know about? She was regular Donna… with her ups and downs. I had known him since we were teenagers, at least for ten years, I was the only one who could calm him down", he says.

As for the last greeting with Donna, he reveals: “We said I love you, we kissed and hugged. As I left, I assured her that I would call her and get back to her next week, as always. I have never been absent, I would have done anything for him, everything."

Next, Leonardo reveals that as soon as the 27-year-old gets out of prison, they will move in together.