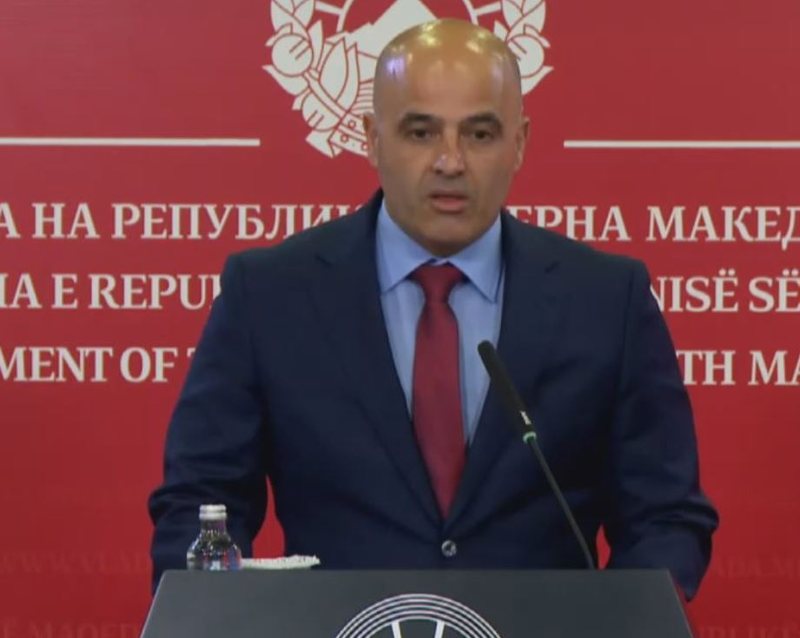 The obstacles on the way to the opening of membership negotiations with Albania and North Macedonia seem to have collapsed. The Prime Minister of North Macedonia, Dimitar Kovacevski, said on Thursday evening that France has modified the proposal for resolving disputes between Skopje and Sofia, addressing some of the concerns of the Macedonian side, which could unblock the EU enlargement process. Kovacevski said their plan and strategy had yielded results, but added that full details of the new French proposal would be released later.
"Regarding historical issues, our request was that they should not be part of the negotiating framework, and this is included in the new French proposal. The proposal does not even include the protocol that was approved in the Bulgarian parliament and that is about the language of North Macedonia", Kovacevski said.

He said that the proposal will be discussed in all important institutions of the country, in the parliament, with civil society and experts, but it is not clear how long the debates will continue. "There will be a wide public debate about the French proposal, with the president, the coalition parties, the opposition and civil society, and then it will be decided for its approval in the Assembly of North Macedonia", he said. Regarding the new proposal, the President of North Macedonia, Stevo Pendarovski, and the Minister of Foreign Affairs, Bujar Osmani, said that it is much better than the previous text.
But, unlike the leaders of the institutions, the Macedonian opposition suspects that "the modified proposal is against Macedonian interests". The chairman of VMRO DPMNE, Hristijan Mickoski, demanded that the government immediately publish the proposal on its website. The first hopeful signal yesterday came from French President Emmanuel Macron. He said that he thinks that a compromise solution has been found for the framework of negotiations for the membership of North Macedonia in the European Union, which would also include Bulgaria.