"Meta undressed earlier from the President's suit" / The well-known political scientist reacts 'flame for flame' and bursts the strong warning: We will have 'beheadings' from ...

The scandals of the President deepen / 'Close family friends with Ilir and Monica then enemies and plots', it is revealed who is the witness who spoke to the Austrian newspaper, the wife of the powerful businessman in the country and the former head of...

700 thousand dollars for a photo with Trump? The Austrian newspaper brought out the scandal, Ilir Meta reacts again and tells what happened: If you think Vasili is like the former US president ?! I made an appointment as ...

"Lali Eri will come from time to time to plant a tree to appear on TV" / Rama advises the residents, tells the reason why he made the houses green and what they said: Do not put mattresses and cars as barricades, when the neighbor shoots tomatoes

Rama called on SPAK to investigate Ilir Meta, the President explodes and openly threatens the Prime Minister: After July 25, I will ...

Sensational! The Albanian MP is sentenced to three years in prison

"It continued for 5 years and still continues" / Meta comes to the urgent conference and talks about the secret agreement: Shameful and insidious realized in complete darkness 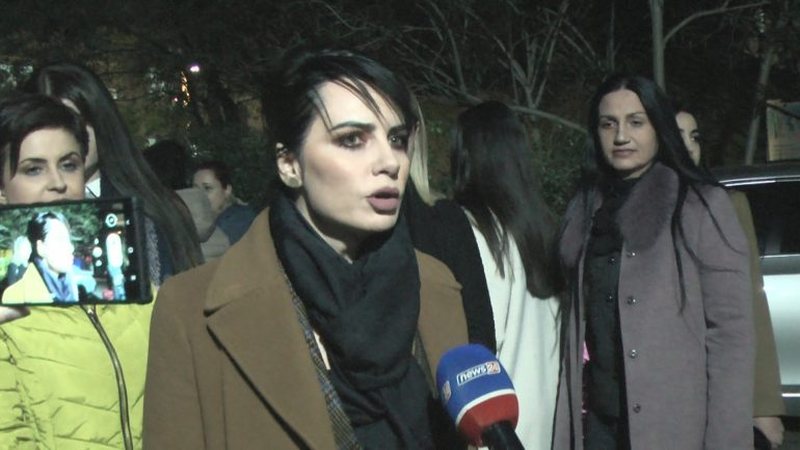 The vice-president of the Democratic Party, Grida duma, spoke to the media after the meeting she held with the LDG democratic races in the city of Durrës.

Asked about the statement of the 4 chairmen of the local branches of the LDG, who considered the process of reorganization of the Women's League as anti-democratic and anti-statutory, Duma said that she welcomes all those ladies who wish to be chairmen or members of the LDG- of.

The deputy chairman of the Democratic Party also spoke about the elections that will take place for the municipality of Durrës, as she said that the time has come for this city to get what it deserves, after 21 years led by the Socialist Party.

What is being planned? Gledis Nano lands in The Hague, a 'face to face' meeting with the Executive Director of Europol. Details revealed (PHOTO)

"Tell your friends" / What is Artan Hoxha warning? Called to Brussels to testify, the journalist comes out with the 'coded' message: I am in a dilemma, but ...

Many can portray Alban Skënderaj and Miriam Canin as a very romantic and sw...

This Tuesday is special for the moderator, Marina Vjollca. She celebrates her bi...

Actress Arjola Demiri has become the headline of the pink media in recent mont...

In the show "The Unexposed" on MCN TV, it was discussed about Ronela Hayati's pe...