Florian Binaj erupts in revolt, reacts to the event that shocked the public opinion: When Notre Dam burned down, did you become famous, or are you busy with ... 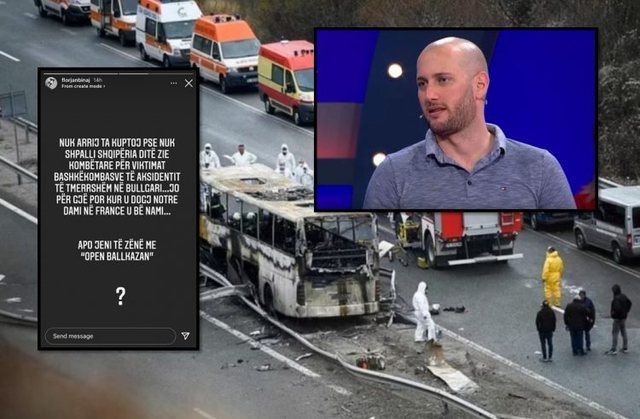 Northern Macedonia, Kosovo and Bulgaria declared a day of mourning yesterday in honor of the victims of the tragedy that occurred the day before in Bulgaria, where 46 people lost their lives, after the bus they were traveling in, rolled over and caught fire. Albania no! For this non-reaction of the country there have been numerous comments on the network. Between them and the humor actor Florian Binaj who said:

"Not for nothing, yes, when Notre Dame was burned in France, it became famous! "Or are you busy with the open balcony?" 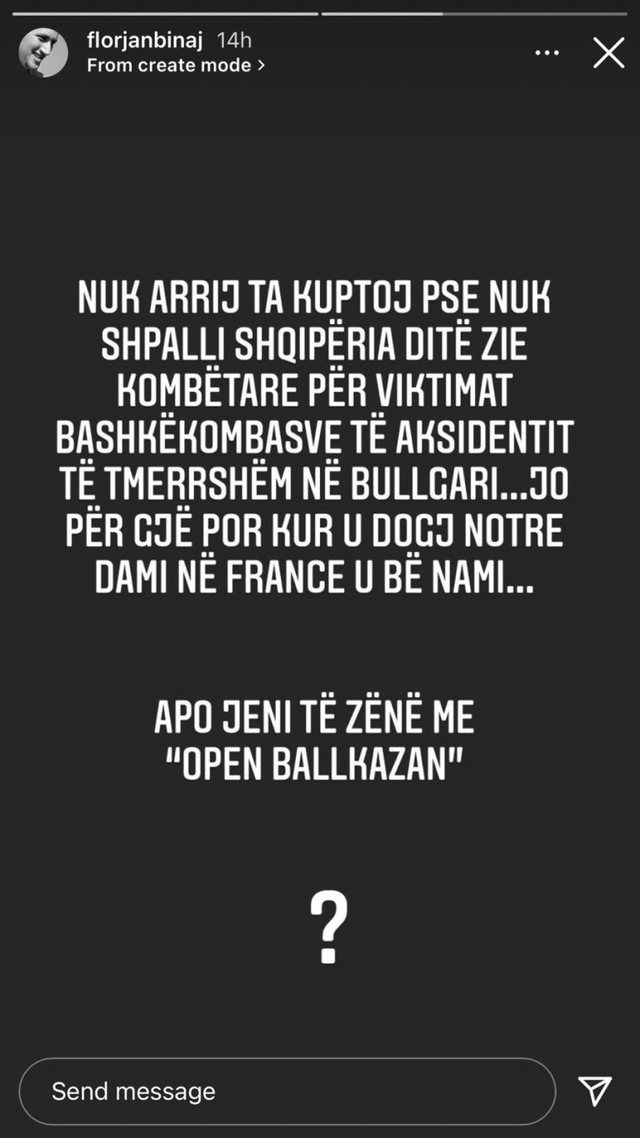 Extreme weather returns to these cities of Albania

He won the American Lottery, what happened to the Albanian happened to him, he did not expect it, here is how he was 'sunk' as he came out of the US Embassy in Tirana (NAME)

The new "Omicron" variant is scaring the world, this is the pill that resists any variant of the coronavirus

"A city that never sleeps" / Greek media dedicates an article to Tirana, the most attractive areas and nightlife

Sad news! The former mayor of Podujeva lost his life