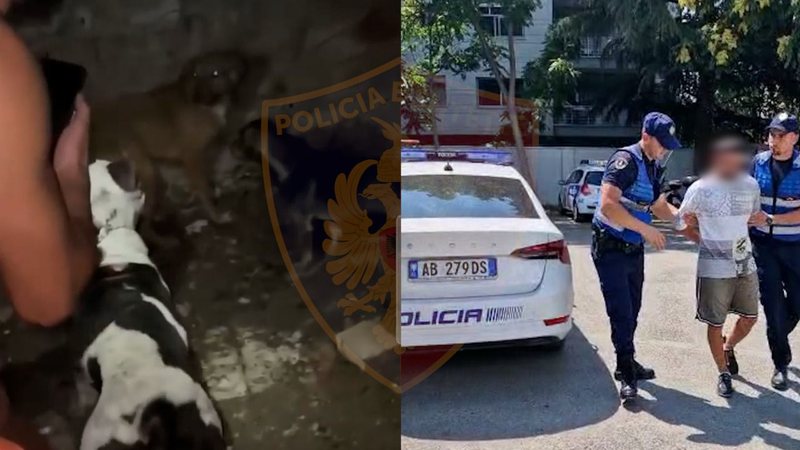 He encouraged his dog to drown another, and the young man in Tirana suffers badly.

After the video published on social networks, which showed several dogs attacking each other, the police of police station no. 4, based on the film footage, made it possible to identify, capture and escort to the Police premises, RM 24 years old.

Following the actions, the materials were referred to the Prosecutor's Office and criminal proceedings were initiated against RM, 24 years old, resident of Zallbastar, Tirana, for the criminal offense of "Animal abuse".

After encouraging his dog, which bit and choked the other dog, the young man published the footage on social networks. But this action has cost them dearly. This is not the first case of punishments for mistreatment of animals.