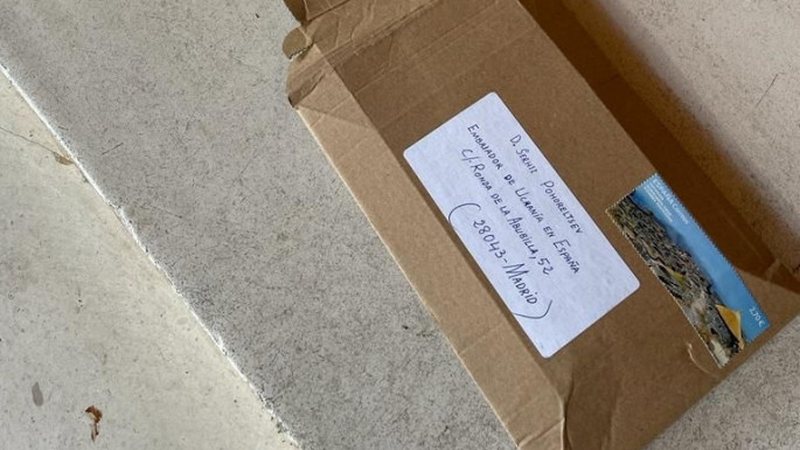 A number of foreign Ukrainian embassies have been sent "terrifying packages" containing animal eyes, Kiev has claimed, after the Spanish "letter-bombs".

The packages, soaked in a liquid with a "distinctive color", were sent to Kiev's embassies in Hungary, the Netherlands, Poland, Croatia and Italy.

The suspicious packages were also received by the consulates general in Naples and Krakow.

Several suspected letter bombs were discovered in Spain this week, including from the Spanish prime minister's office, the Ukrainian embassy and an arms company that supplies Ukraine.

It is unclear whether the incidents are linked, but two letters sent to Spain appear to have come from the same sender, as an identical email address was found on the packaging.