What happened? The prosecution urgently calls Klodiana Lala, the journalist comes out with the last announcement: I just revealed the secrets. I am the enemy 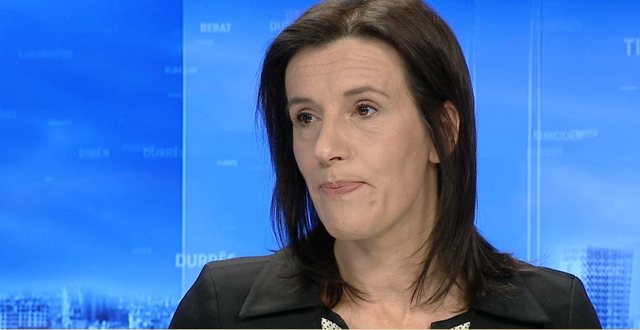 The murder of Pjerin Xhuvan a few days before the central elections of April 25, 2021 is still an unsolved issue. Meanwhile, in relation to this issue, the investigative journalist Klodiana Lala was urgently interrogated by the Prosecutor's Office of Elbasan.

She gave the news herself through a post on Facebook, where she writes that she is being interrogated because, according to the Prosecutor's Office, she revealed the secrets of the investigation.

"Well done state, I am the enemy" writes the journalist, ironically, among other things.

The event that happened in Elbasan 4 days before the parliamentary elections on April 25, where the doctor Pjerin Xhuvani was killed, has not yet been clarified, and probably will never be fully clarified. But the prosecutor's office of Elbasan has urgently questioned me because I revealed the secrets.

We are fine! Well done country. I am the enemy! 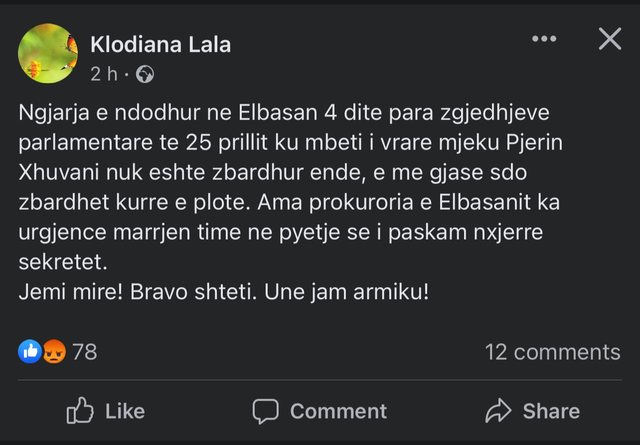 The serious illness took her life, Ardit Gjebrea makes a touching dedication to the well-known Albanian lawyer: We should have had one last coffee together!

The honored artist Luftar Paja celebrates his birthday today, this is how old the actor is

"You killed me..."/ Valdete's last words, the man shot him, put the knife in his hand to look like suicide. The whole tragedy just didn't have anything to do with him. The author is expected to appear before the court