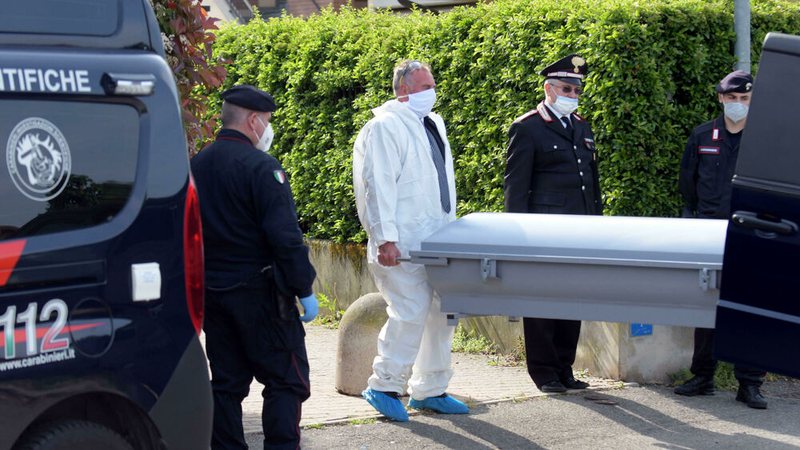 A serious event took place yesterday evening in Italy, where a 36-year-old Albanian was executed, while he is suspected to be a well-known name for justice in Albania. The Italian media have not yet published data on the identity of the Albanian who was the victim of gunshots by at least two perpetrators.

According to preliminary information, it is learned that the victim is suspected to be Elson Bukurosh Kalaveri.

The latter was arrested in Albania in 2014 after he shot the citizen Gentian Keçi, then 36 years old, with a firearm, for weak motives.

The injury happened eight years ago in Mamurras, in the courtyard of the police post of this town.

Elson Kalaveri, was 27 years old eight years ago, on the evening when the incident happened, he arrived at the music bar near Rinas, which was owned by Gentian Keçi. The two boys and their families knew each other as they are from the same village; Thumana.

The fight started for trivial reasons, Lezha police informed at the time, while Kalaveri and Keçi had a fierce conflict inside the bar.

Kalaveri was armed and many eyewitnesses heard him in the debate he had inside the bar with his fellow villager.

In the debate between the two boys from Thumana, Kalaveri pointed out to Keçi the fact that they grew up together and it is not nice to get confused about such things, learns journalist Nikoleta Kovaçi.

At that moment, the 27-year-old left the bar and with two other people, his friends, whose names are not made public for ethical reasons, took the car and headed towards Fushë-Kruja.

From behind, he saw that he was being followed by Keçi's car. In order to avoid the conflict, Kalaveri was not stopped in Thumana, but continued on its way towards Mamurras.

The pursuit continued until Mamurras. Then the young man, accompanied by his two girlfriends, decided to fall into the hands of the police officers of the Mamurras post office, who were known to have been outside the post office.

The police officers also stated the itinerary of that evening until at that moment they were in the yard of the building that serves as a police station.

Conflict in the mail yard

Everything happened in a few minutes, while the police officers still had not clarified who was following the young man when Keçi arrived.

Although the police did not say whether Keçi was armed or not, the moment he got out of the vehicle he started cursing Kalaveri and had a bag in his hands.

Again, the 27-year-old asked the officers to remove him from there because he was a fellow villager and he did not want to have a conflict with him. After insulting words between them, Keçi is said to have reached for the bag he had with him.

Fearing that he would shoot him with a gun, Kalaveri took out his gun and fired a single bullet. Unfortunately for Keçi, the bullet hit him in the head.

The 27-year-old was immediately arrested.

Drug trafficking, shocking interceptions revealed: How the Albanian mafia is cooperating with the Neapolitan bosses

The Minister of Health resigns

Injured Vali Corleone, the Court makes a drastic decision for the girl, she is sentenced to...