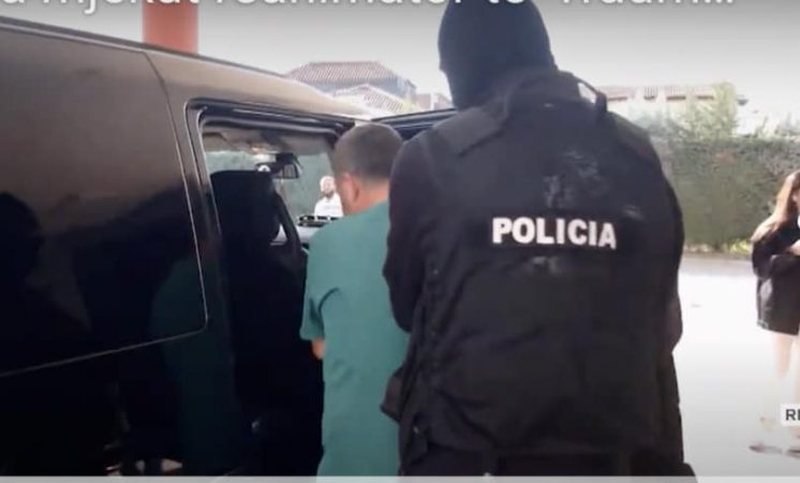 The deputy of the Democratic Party, Tritan Shehu, reacted to the arrests yesterday at the Trauma Hospital in the capital, where two doctors and a nurse are accused of bribery.

Through a reaction on 'Facebook' Shehu emphasized that everything was a terrorist scenario by the regime.

According to the democrat, the prohibition of white T-shirts by the police was an action full of hatred towards doctors and staff, "to blame them for health care, "either pay or die", inspired by Rilindja!".

SHAHUT'S REACTION
Yesterday, the Trauma Hospital, under a terrorizing scenario!
Because terror is the regime's tool to rule!
It was an action full of hatred towards the doctors and staff, to blame them for the health "either pay or die", tainted by Rilindja!
Like in the past, when the "hostile groups" of intellectuals, doctors, engineers, artists, etc. were attacked in public, to deceive and subjugate a people.

It is shameful what happened yesterday in that hospital to a doctor on duty, when there are many other appropriate and democratic ways to act in cases of violation of the law.
Police, tools, spacesuits, anti-bullet, as if there was a whole gang of armed criminals in front.
Even a camera to brag about, with those tragic-comic scenes!
When in fact criminals, traffickers, criminals of multi-million Euro tenders, embezzlers of incinerator sums, etc., roam freely.
While violent murders are rampant, armed police "attack" a hospital.
An anesthesiologist was "abducted" there without even allowing him to take off his work uniform...with the clothes of the operating room!
After someone "infiltrates" there, they act like a "rambot" with the doctors (not with the bandits), to make a "show"!
This is a typical action of the regimes, which shows the fear of the popular reaction to poverty, the quadrupling of the price of energy, of articles in general, to the ridiculous salaries of doctors, unemployment, etc.
And while the "infiltrator" offered the doctor 20 thousand lek, he took it, it is said!
In reality, here we are dealing with a typical case of "stimulation of crime" by the provider, this is a reprehensible act!

10 days of snow, what awaits Albania in December, here is what meteorologists predict

Serious/ A well-known doctor is massacred with strong tools, unidentified persons attack him in the apartment. The 59-year-old man is in a coma at Trauma in critical condition. Clear details (NAME)

Notify the Police immediately if you see this person as he is a high risk. His records are cleared