1.5 tons of drugs worth 1 billion dollars are burned in Australia, two Albanian capots risk life imprisonment, here are the data of the operation 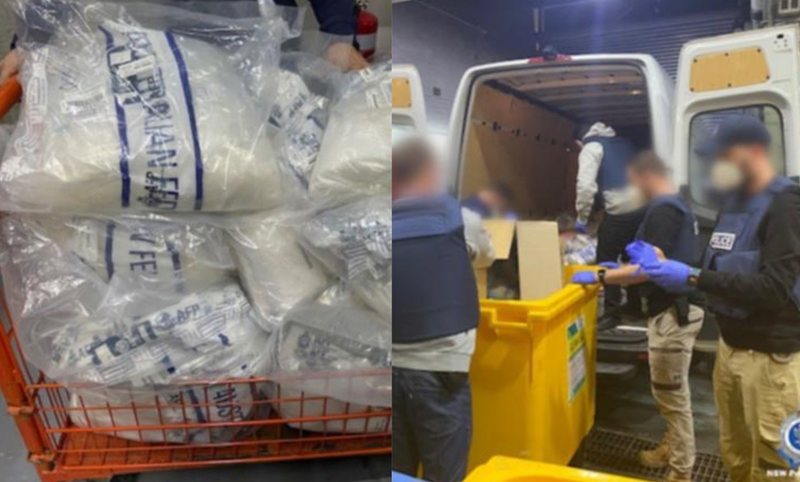 Two Albanian leaders of a criminal organization are expected to be sentenced to life in prison for international trafficking in various narcotics. Their names are not made public by the police, justice authorities and the Australian media, but it is confirmed in "7news.com.au" that the arrested are of Albanian nationality. On Wednesday, after a series of operations by anti-drug units in Australia in the last two years, 1.5 tonnes of drugs worth about $ 1 billion were burned. According to police data, out of this large amount of burned drugs, 400 kg result in methamphetamine and 500 kg in cocaine. The drugs were destroyed by the police structures of the Organized Crime Squad, the Highway Patrol and Road Traffic, the Law Hill Law Enforcement Team,
New South Wales Police: We did not allow drugs to be distributed in and out of the country
Organized Crime Squad Commander Robert Critchlow told the media that the burning of this large amount of drugs blocked the possibility of this narcotics being distributed and consumed by citizens inside and outside New South Wales. He thanked the Australian Federal Police, the New South Wales Crime Commission and the Australian Criminal Intelligence Commission for their cooperation in seizing this large amount of drugs. "The burning of a quantity of seized drugs was carried out in a stove, putting an end to the potential danger that these narcotics could be distributed in New South Wales and beyond. "This cooperation shows the commitment of every law enforcement agency to clean up these banned narcotics to be used in our communities," Kriçlou told the media.
45 kg of cocaine with the number of LeBron James inside a jukebox seized in Victoria
Last Thursday, police in the state of Victoria carried out a major anti-drug operation seizing $ 20 million worth of cocaine. Some interesting details show that the narcotics (45 kg of cocaine) was placed inside a jukebox (electronic device that plays music). The packages bore the number on the jersey of the famous American basketball player LeBron James (23). Victorian police authorities believe this number was used as a message to confirm the good quality of the cocaine exported. The seized narcotics turned out to have been brought from Greece. "Number 23 refers to basketball player LeBron James. "I believe it is a sign to persuade crime syndicates to buy drugs." He warned drug traffickers trying to smuggle narcotics into the Australian state that they would not be able to escape arrest and the law. "Approach our radars and we will target you," said the Victorian police chief.