Details from the anti-drug operation where the former senior official of the SP, his son and his fiancee were arrested / SPAK comes out in an emergency conference: The details of the operation, the cocaine is worth 40 million euros 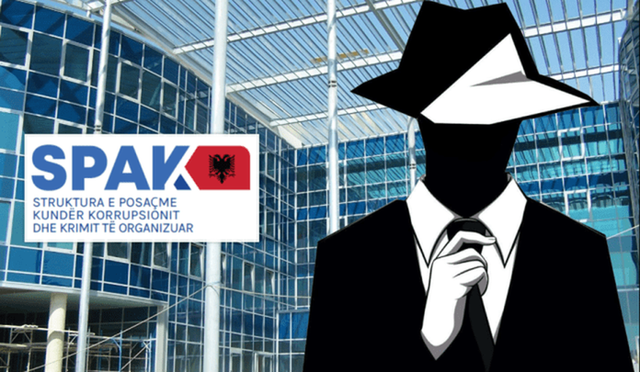 Three people have been arrested and a Colombian citizen has been declared wanted as part of the anti-drug operation, where a cocaine laboratory was found in the area of ??Fratari in Fier.

Victor ?ervenaku, the former SP mayor, Demilson ?ervenaku's son and Enxhi Ferhati, the latter's fiancee, have fallen into custody. A citizen from Colombia, Zaimir Rodriguez, has been declared wanted.

SPAK has appeared in a press conference regarding the operation that discovered a drug laboratory in Fier.

The Special Prosecutor's Office Against Crime and Corruption has provided details about the anti-drug operation where the cocaine laboratory was discovered in Fier. In a statement to the media, SPAK announced that 430 kg of cocaine worth 40 million euros were seized.

"There were data that in May 2022, a quantity of artificial fertilizer was loaded to Pira, transit to Bari, with the customer being an Albanian citizen. At the request of the Montenegrin authorities, the inspection was carried out. It turned out that the customer of the goods was an Albanian citizen who had opened an activity, including the import of chemical fertilizers and other goods. After the amount of fertilizer was sent to Albania, other actions continued until yesterday, when this amount was checked and seized in Farka te Madhe in Fier", said the prosecutor of the case.

Justice suffered a great loss with the departure from this world of the well-known lawyer/ Her friends are touched by the decision they have made: They are our trust, they spent everything for the mother's treatment

"We are dealing with a structured criminal group" / Investigations into the cocaine laboratory that was found at the apartment of the high official of the SP. Klodiana Lala lists the 'heads', shows the role of the 35-year-old

10 days of snow, what awaits Albania in December, here is what meteorologists predict

Serious/ A well-known doctor is massacred with strong tools, unidentified persons attack him in the apartment. The 59-year-old man is in a coma at Trauma in critical condition. Clear details (NAME)

Notify the Police immediately if you see this person as he is a high risk. His records are cleared

Anxhelina Hadërgjonaj celebrates her birthday today and there was no way ...