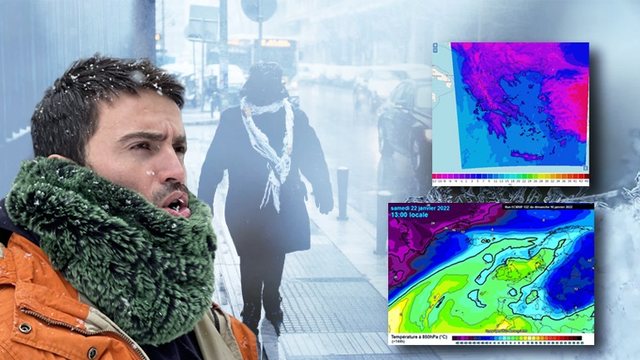 It seems that Europe is entering a deep winter in the following days, as successive waves of cold will hit the old continent, which will bring snow to the lowlands. Greek media write that these waves will occasionally affect Greece and Albania.

According to forecast data from weather forecasters in Greece, the onset of cold that starts on Wednesday, January 19, will not bring snowfall in lowland areas, except in the mountains. Rainfall will be limited in the Southeast Aegean and temporarily in Western Greece. As can be seen on the map, dark blue areas are covered with frost. Among them is the southeastern one in Albania, mainly Korça and Pogradeci. 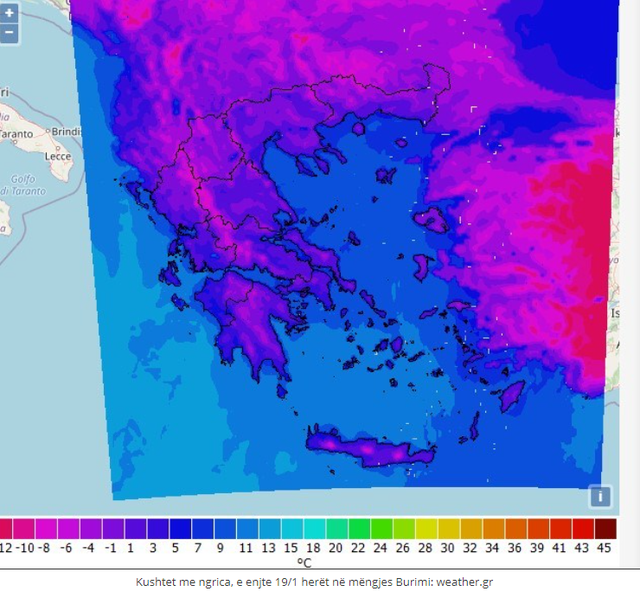