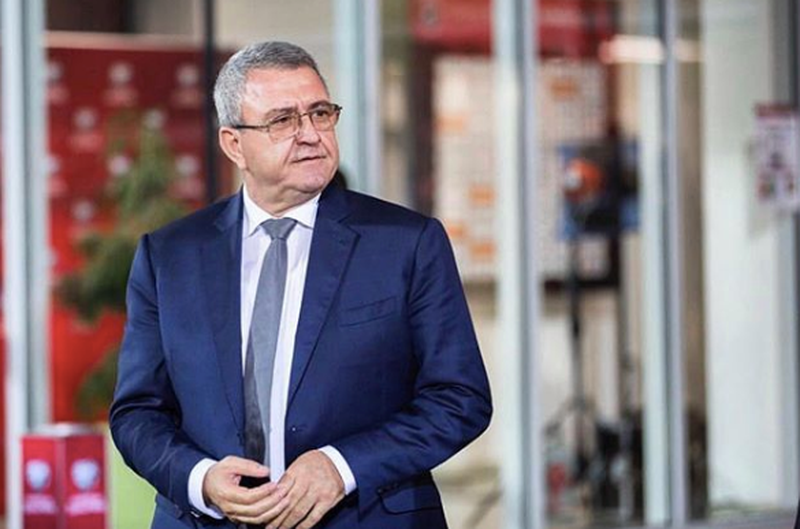 The Municipality of Tirana, in its capacity as a shareholder of the Football Club, will request on Monday a national and international investigation into the 20-year-old violations and corruption of Armando Duka in the Albanian Football Federation.

Sources from the Municipality of Tirana confirm that, for two weeks, a team of Albanian, American and British lawyers are assisting the Tirana shareholder in a voluminous file of violations, to present to the FBI, DEA, NCA, Scotland Yard, SPAK, the Tirana Prosecutor's Office , Economic Crime, Money Laundering Agency, AMA, Tax Investigation, AKU, as well as American and British embassies in Tirana.

International match sales and predetermined bets will be presented to FBI regional officers. Recall that American agents led to the overthrow of Blatter and Platini - the "invincible friends of the Duke", who closed their careers with criminal convictions!

According to sources, the agents of the Athens-based regional DEA - the American anti-drug agency - will be presented with all the evidence of drug money in sports, with the knowledge and support of Armando Duka with elements of the criminal world in Shijak and other places of Europe and Latin America.

It does not leave behind the British file, for data of unjustified sources and expenses of the Duke family in the purchase of properties, luxury cars and assets in extraordinary figures. Scotland Yard and the NCA, which specially track money laundering by foreign entities in the UK, will have irrefutable evidence on Monday, according to Tirana shareholders.

Meanwhile, with the letter no. 23859 prot. on 26.11.2021, the procedural material for the criminal offense of "Abuse of Duty", provided by Article 248 of the Criminal Code, was referred to the Prosecutor's Office of the Tirana Judicial District. Criminal charges against the leaders and employees of the Albanian Football Federation. In relation to this issue, additional material was sent with the letter 23859 / k / 1, prot dated 03.12.2021. Also, with the letter 23859 / k / 2 prot. on 16.12. 2021, additional material was sent again. Sources from the Tirana prosecutor's office confirm that two more prosecutors will be added to the case to speed up the investigation.

A number of other works on broadcasting rights, money laundering, or illegal contracts in conflict of interest in football marketing of Duke companies such as AIBA, SuperSport, EcoMarket, GoTech, Cantina Duka, will be submitted for tax evasion Albanian money laundering, economic crime and tax investigation agencies! Since the actions are joint between Armando Duka and the brother of the deputy Agron Duka, the voluminous file will be presented to SPAK and HIDAA, as institutions that specifically follow the politicians involved in criminal activity.

This is the first time that there is such a mobilization of international institutions to investigate Armando Duka and the abuses in the ALF. Last week, his delegate, Fundim Dollaku, was stopped by the police for forging the signature of the Mayor of Shijak, to vote for the Duke illegally. The Veliaj-Duka battle is expected to intensify next week with the elections for the Tirana Association, where Duka seeks his 6th mandate after 20 years at the helm of the ALF since 2002!

"I had just gotten out of prison and I needed ..." / Once close friends, today they want to "eat each other's heads", as the Dumani-Çela clash started that raised the police to their feet

Criminal events / Dumani confesses to the murder of Ervis Deda: Festim Qoli and Henrik Hoxha accepted the execution, here are the thousands of euros they have paid justice to close the case

From Talo Çela, Ervis Martinaj to ... / Nuredin Dumani cut the ticket for the big heads, the full file of the Court for the most serious criminal events is published

"He took revenge on rivals" / Nuredin Dumani uncovers crimes after repentance, says Ervin Karamuço: I expect arrests for public officials, the fact that we do not have any of the important names caught ...