Tragic accident in Bulgaria, Besa Trans company has had its work license revoked 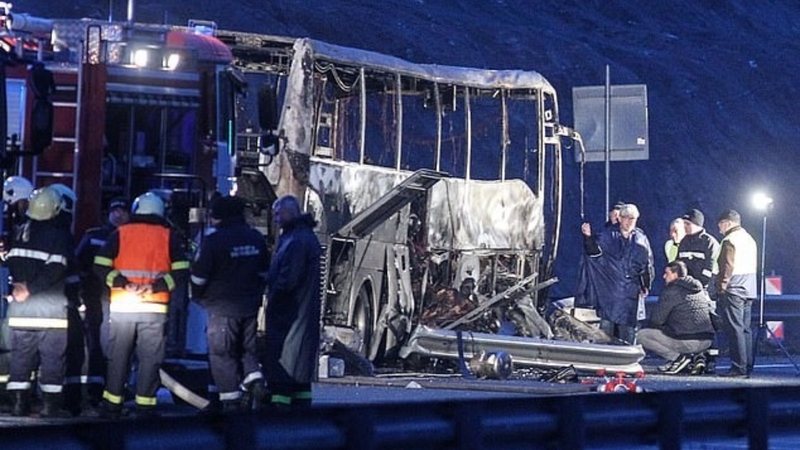 The company "Besa Trans BTB" has had its work license revoked. The Ministry of Transport and Communications in Northern Macedonia announces through an announcement that after the official data submitted by the Ministry of Internal Affairs, it has confirmed that the mentioned vehicle has not been licensed for international passenger transport.

According to the data from the ministry, it is said that the burned bus is not registered, write the media in Kosovo.

"In accordance with Article 12 of the Law on Road Transport and due to the deficiencies that have been confirmed by the Ministry of Transport and Communications and in order to prevent any other action by the firm that could promote negative consequences, the firm" Besa "Trans BTB" is deprived of a license for work, respectively a ban on carrying out the activity ", it is said in the statement of the ministry.

11 days after receiving the coronavirus vaccine, the 41-year-old dies, here is what the doctors discovered

"Guardia di Finanza" lands in the office of Bledi Çuçi, the expected developments are revealed

The assembly holds a minute of silence

The session in the Albanian Parliament starts differently, the deputies keep 1 minute of silence in honor of the former senator Bob Dole

Smoke and flames / The apartment in Tirana is engulfed by fire, a gas cylinder explodes. Police release details

3 drunk boys and a transgender in the hotel room, the unusual story in Durrës that ended in tragedy is revealed

He was found dead on Morava Mountain in Korça, the 27-year-old Syrian man is suspected to have died three days ago, it is revealed who informed the police

Heavy / Fire in a nursery, the whole staff is alarmed, 33 small children are taken out urgently by the educators

Cultural Heritage / Margariti Introduces US Government Agreement: All Confiscated Works in US Will Be Returned

Unexpected! The well-known PD deputy ends up in SPAK